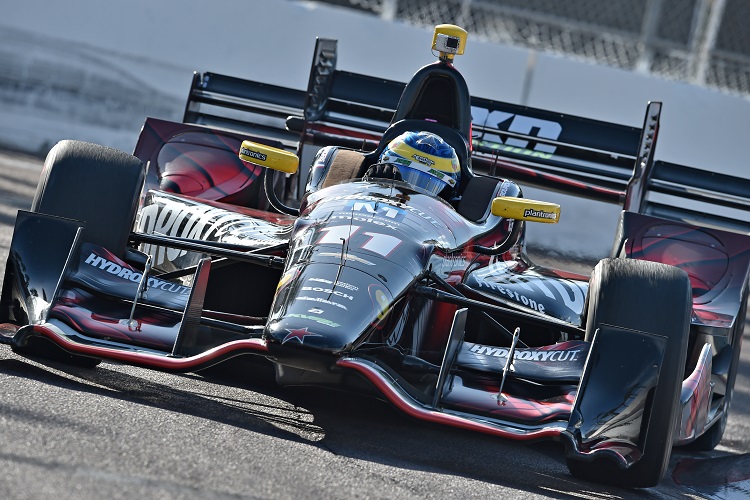 Sebastien Bourdais believes the opening two races of the Verizon IndyCar Series season have gone better than expected following a delayed start to the KVSH Racing’s preparation for the year.

Bourdais qualified well in the opening race of the season at St Petersburg, and then finished a competitive eighth during the second race around the Phoenix International Raceway, and is now seeking another strong result in the Toyota Grand Prix of Long Beach this weekend.

Bourdais, a three-time winner around the streets of Long Beach during his time in Champ Car, is looking to be up near the front this weekend, and is looking to build on his sixth place finish achieved a year ago at the circuit.

“Considering how late things got under way this year, we have had a decent start to the season,” reflected Bourdais. “We showed some pace in qualifying at St. Petersburg, but had some issues in the race. At Phoenix, we didn’t qualify well, but on race day, the team really came together and we had a solid result (finished eighth).

“Long Beach, hopefully, will be another step towards running at the front again. I’ve had a lot of success at Long Beach, but the last few years have been more difficult for me, between lack of pace or mistakes. That being said, we salvaged a pretty good sixth place in 2015.

“The Long Beach circuit is a challenge. There are all types of corners and different surfaces you have to contend with, so getting the right set-up is challenging. Because it is a street circuit qualifying is extremely important.

“It is a great event because of the atmosphere. Next to the Indy 500, it is the premier event on our schedule.”