The Simpson Race Products Ginetta Junior Championship thrilled the crowds last weekend with three entertaining races during the second meeting of the season at Donington Park, and we’ve crunched the numbers to find out what it all means.

The first milestone came in qualifying on Saturday, with Lewis Brown taking his maiden championship pole position. It came by the narrowest of margins as well, just eight thousandths of a second.

Brown becomes the fourth different driver on the current grid to have achieved a pole position in the series, joining Stuart Middleton (2), Dave Wooder and Kyle Hornby.

The leading group in qualifying seemed to have established themselves meanwhile, with eight drivers finishing in the top ten for the second consecutive weekend – Middleton, Wooder, Brown, Bird, Harper, Will Tregurtha, Tom Gamble and Seb Priaulx.

Racing wise, the championship ran its first of five triple-header meetings this season at Donington – only the second ever such occurrence in series history following the 2007 season finale.

On both occasions there have been three different winners in the races. James Jefferson, Kieran Vernon and Nigel Moore in ’07, Brown, Middleton and Harper this time out.

For Brown and Harper they were maiden wins and they had to wait drastically different lengths of time to take them – Brown’s came in his 43rd race, Harper’s in only his fifth.

Harper Stood On The Top Step Of The Podium For The First Time – Credit: Jakob Ebrey Photography

Harper also became the first ever Ginetta Junior Scholarship winner to take an outright race win in their Scholarship year. Middleton (2015) and Oli Basey-Fisher (2012) were the only previous Scholars to take podium finishes.

The new race-winners makes it four different winners in the first five races this season. Only last season, five in five, beats that, with 2010 the only other season to feature four separate victors since the series’ inception in 2005.

Wooder leads the way in terms of front-running consistency at present, having finished all five races so far within the top four – with just the top step of the podium eluding him so far.

Tregurtha isn’t far behind however having finished every race to date in the top five, with Middleton, Nicosia and Harper the only other drivers to have secured top ten finishes each time out so far.

Fifteen different drivers have finished in the top ten so far this campaign meanwhile, the same number as after the opening five races of 2015, with Priaulx and Fittipaldi the new drivers to reach the milestone. 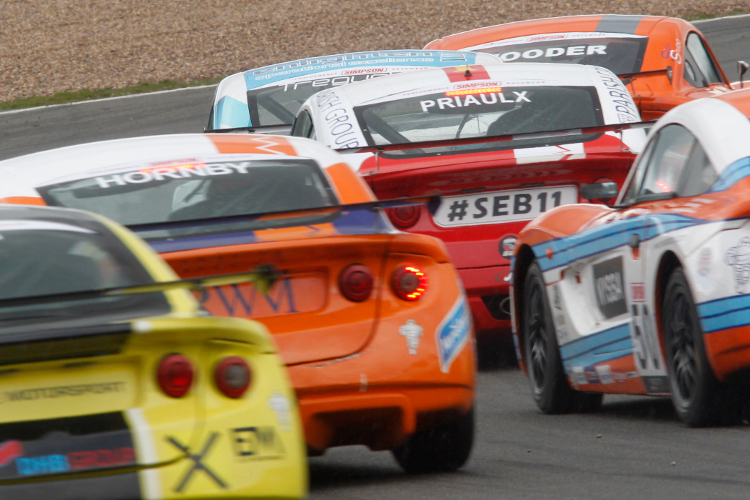 Five different drivers led laps over the course of the Donington weekend, with Brown heading the most with thirteen, while Middleton has the most for the season so far with 18. For Brown, Harper and Cameron Roberts, it marked their first times leading a Ginetta Junior race.

When miles led is taken into consideration, its Brown who leads the way overall courtesy of the longer Donington circuit, with 25.73 miles in front compared to Middleton’s 24.06. Harper is the next best at 13.85 miles.

The lead overtaker across the Donington weekend was Roberts, courtesy of the thirteen places he gained with his brilliant drive from 19th to sixth in race two. He has the high of 21 places gained in the five races so far.

Jordan Collard was the next best with ten as he went from 21st to 11th in the same race, while Connor Grady and King moved from 20th to 12th in races two and three respectively.

Harper meanwhile is the only driver in the field to have gained ground in each of the five races so far this season, with a high of four places coming en-route to his Donington race victory.

The 2016 Ginetta Junior Championship returns at Thruxton in two weeks’ time (07/08 May), with two more action-packed races expected around the fastest circuit in the United Kingdom.