Oscar Tunjo quickest on the penultimate day of GP3 testing 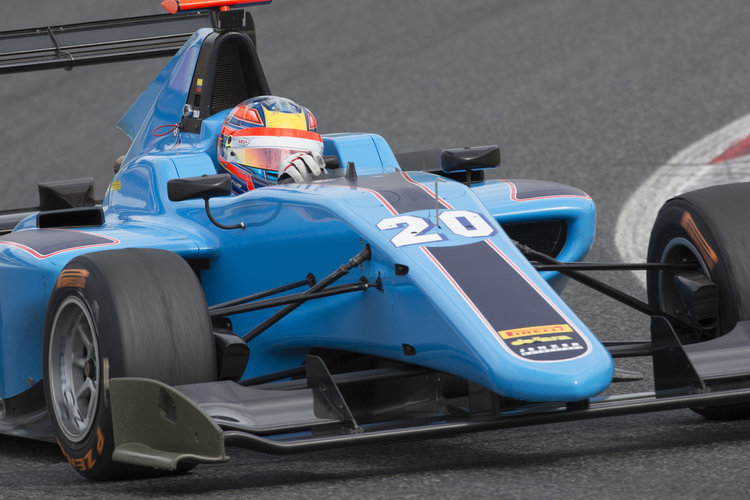 Colombian driver Oscar Tunjo set the quickest lap-time of the day the in the morning session of the penultimate day of GP3 Series testing in Barcelona. The Jenzer Motorsport driver lapped at 1m33.554s which was two tenths quicker than the lap record set back in 2013.

In what is possibly the most representative track for the drivers to test on – due to the fact they will be racing there in just three weeks time – focus was on finding where the their long run and qualifying pace really stood.

DAMS‘ Santino Ferrucci took the lead early on, being the first to lap in the 1m25s but was soon bettered by Tunjo who shot to the head of the timings.

A red flag brought the session to an early lunch break after Sandy Stuvik went into the gravel at Turn 9.

When the testing restarted following the two hour lunch, DAMS’ Jake Hughes was the first to go out and set the pace – until Campos Racing‘s Steijn Schothorst broke into the 1m35s to sit on top on the timings at the mid-way mark.  There was another stoppage to proceedings when Jake Dennis stopped on track.

As the session got back underway the majority of the drivers were concentrating on their race runs which Leclerc used as his opportunity to claim the top spot.

As the session drew to a close many teams opted to put their drivers on fresh rubber which saw positions change frequently in the final hour, but it was only Hughes that could get close to the benchmark set by the Monegasque driver.

The third and red flag period was brought about when Parry stopped at Turn 8.

Unlike when the morning session was brought a halt in the closing stages the session did in fact get going again with there being a sprint finish for drivers to try and claim bragging rights.

When the chequered flag came out to signal the end of the penultimate day of testing it remained Leclerc on top followed by: Hughes, Palou, Ferrucci, Schothorst, Alexander Albon, Tunjo, Fukuzumi, Nyck de Vries and Konstantin Tereshchenko.

Koiranen GP‘s Mahaveer Raghunathan did not participate as he was deemed unfit. Furthermore, Matthew Parry was disqualified from the afternoon session as his car was found underweight and as a result had all his times deleted.