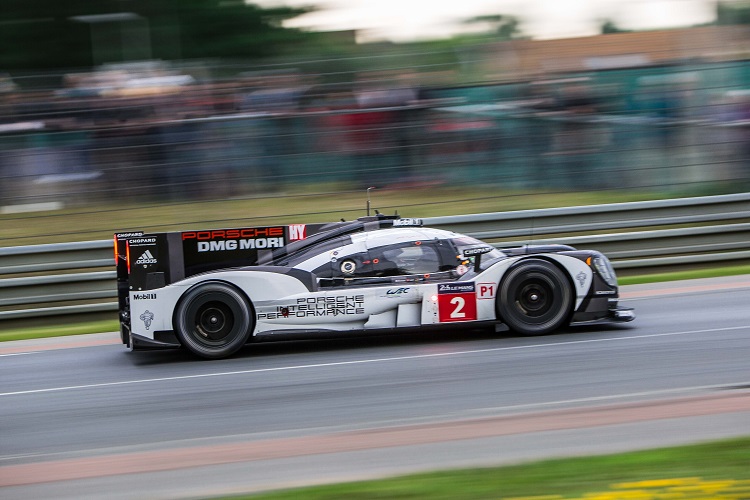 Porsche has won Le Mans after a last four minutes filled with drama as the 2016 24 Hours of Le Mans finally ended with a finish that no one expected.

Coming to the final five minutes, Kazuki Nakajima looked to have the race in his pocket in his #5 Toyota Gazoo Racing TS050 but as the car came through the Mulsanne Corner the car started to slow down. At first everyone thought they were trying to organise a photo finish – the #6 was just behind – but it became clear that this wasn’t a planned stunt but a more serious problem, and when the car crawled across the line with Nakajima reporting no power, the team knew their hopes had been dashed of that first Le Mans victory.

While the Porsche crew will no doubt be celebrating their 18th 24 Hour of Le Mans victory, they will no doubt feel some sympathy for how the Toyota crew lost the race, especially as that car had a 30 second lead or more for most of the hour with Neel Jani’s #2 Porsche 919 Hybrid having to pit with just over 10 minutes to go for another set of new Michelin tyres making a Toyota victory seemingly inevitable.

However, issues struck the car and that meant the #2 inherited victory on the last lap with the #6 Toyota Gazoo Racing car of Stephane Sarrazin promoted to second Audi lucking their way onto the podium as the #8 Audi Sport Team Joest R18 of Lucas Di Grassi ended third as the #5 was relegated to 45th on the timing screens because Nakajima couldn’t comply with the maximum cooling down lap time.

In LMP2, Signatech Alpine won the class after a strong 24 Hours all round with Nicolas Lapierre leading the Alpine A460 across the line with Roman Rusinov finishing more than 2m:40s behind in the G-Drive Racing Oreca 05 with Vitaly Petrov in the SMP Racing BR01-Nissan finishing an excellent third place in what will be the last year for that car.

GTE Pro ended up going to the #68 Ford Chip Ganassi Team USA of Dirk Muller who finished one minute ahead of Giancarlo Fisichella in the Risi Competizione Ferrari 488 GTE but that car missed a stop/go penalty because of a fault with the car’s leader lights so that result may change. Third went to the second Team USA Ford GT – the #69 – with Scott Dixon taking that car across the line.

The best drive of the day though, went to the Scuderia Corsa Ferrari 458 Italia which finished with a dominant victory at the hands of Jeff Segal, Townsend Bell and Bill Sweedler. They led for absolutely hours in the second half of the race, which has showed in the fact that Emmanuel Collard, who fought to second in the final 30 minuted of the race, finished almost three minuted behind in the #83 AF Corse Ferrari.

Third went to the Abu Dhabi-Proton Racing Porsche 911RSR who were always in the hunt throughout the race and will be half-delighted and half-annoyed that third place is the result of their efforts.

Finally, and the man who deserves all the plaudits, Frederic Sausset – a quadruple amputee – finished 38th overall in the SRT41 by OAK Racing Morgan-Nissan. That car was entered in the ‘Cars Displaying New Technologies’ class and with specially adapted controls for Sausset, that defines the spirit of Le Mans.