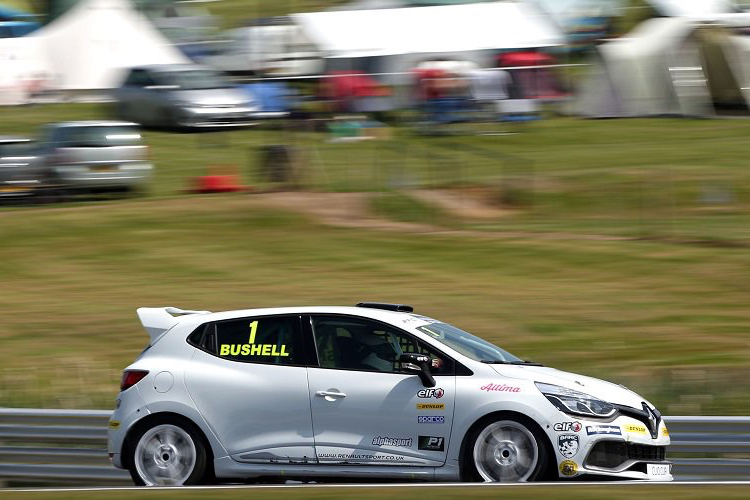 It proved to be a session of two halves, with Bushell and Proctor rising to the top of the timesheets as they lapped in unison around the Cheshire circuit.

The session was interrupted after fellow Pyro racer Josh Price stopped on track in the second sector – just after he had set a personal best to climb into the top three of the standings.

There was twelve minutes left on the clock as the action resumed after a red flag stoppage, but the times didn’t end up improving in the closing stages.

That meant it was 2014 champion Bushell who made it four pole positions in the row, while Proctor took front-row starts for both races, his best qualifying results in the series so far.

It would end up being the same top five based on fastest and second best times, with Paul Rivett and Ant Whorton-Eales sharing the second row for both ahead of Max Coates.

With the times not improving late on, Price’s best effort kept him sixth for the opening race, but he could only muster eleventh on the grid for race two.

A close-fought session saw only six tenths of a second split the top eight, with Daniel Rowbottom in seventh ahead of the impressive Rory Green, who just outpaced his WDE team-mate Charlie Ladell.

A low than anticipated tenth and eighth for the two races was championship contender Lee Pattison, while Brands Hatch race-winner Paul Streather could only take a best of fourteenth.