Matthew Brabham: “Out there was a little surreal” 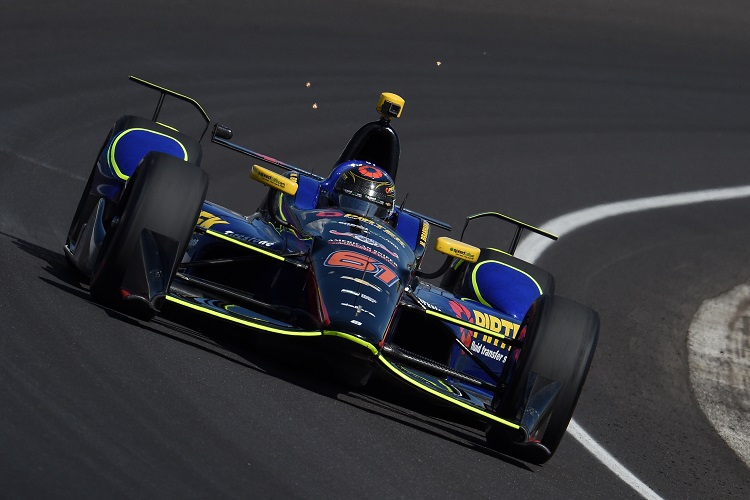 Matthew Brabham completed his rookie Indianapolis 500 in twenty-second place, and in doing so became the third generation of his family to do so after grandfather Sir Jack Brabham and father Geoff Brabham.

The Australian finished a lap down in his #61 KV Racing/Pirtek Team Murray entry, and admitted his delight to be able to follow in the footsteps of the previous generations around the 2.5-mile oval at Indianapolis Motor Speedway, and was never overawed by the experience, although he admitted it was a little bit surreal at times.

Brabham is now hopeful of further opportunities within the Verizon IndyCar Series after his taste of the Chevrolet-powered Dallara in the two races around the Indianapolis Motor Speedway in May.

“It is incredible to think that we finished this race, out there was a little surreal to be honest,” said Brabham. “It was an amazing experience to be in the 100th Indy 500 race and now I can say that I have finished the Indianapolis 500 and I am the third generation of Brabham to do that.

“It is special to think that there have only been three families during the 100-year history of this race to do that. The PIRTEK Team Murray Chevrolet was good all day. During some of the stints it developed a vibration.

“In the middle of the race there, I was able to make up eight places which was a really great feeling. I’m happy that we got through and that we were able to put on a good show.

“I can’t thank the guys from PIRTEK, the Chris Kyle Frog Foundation, Speedcafe.com, all the other sponsors and of course ‘Crusher’ (owner Brett Murray) who has developed this phenomenal program that gave me the opportunity to be in this race. Let’s hope we can have an opportunity to do more again.”

Askew to depart Arrow McLaren SP at end of 2020

By Joe Ellis
1 Mins read
The decision comes as something of a surprise, leaving everyone speculating as to who will partner Pato O’Ward at Arrow McLaren SP next year.