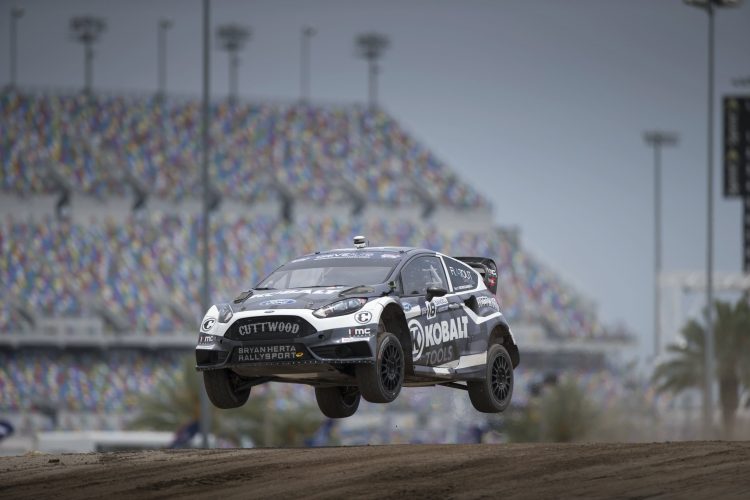 Patrik Sandell carried on his fine form from Dallas to top qualifying for the first event of the Red Bull Global Rallycross double header event at Daytona.

The Swede set a time of 36.981 seconds to beat championship leader Tanner Foust to pole position on the 0.742 mile circuit.

Austin Dyne was seventh in his self-run Ford, one spot ahead of SH Racing‘s Jeff Ward. Rhys Millen, who won the series’ first ever visit to Daytona in 2014 was ninth.

Foust’s Volkswagen Andretti team mate Scott Speed had to sit out of qualifying after a fire forced his team to change the engine in his Beetle. He was classified 10th, one spot ahead of the returning Sebastian Saavedra who also failed to set a time.

The Dreyer & Reinbold driver is only running a part time schedule this season, but has so far claimed pole in every event he has competed in.

Miki Weckstrom was third, ahead of Cabot Bigham and Conner Martell.