Rea Back to his Best with Race Two Victory 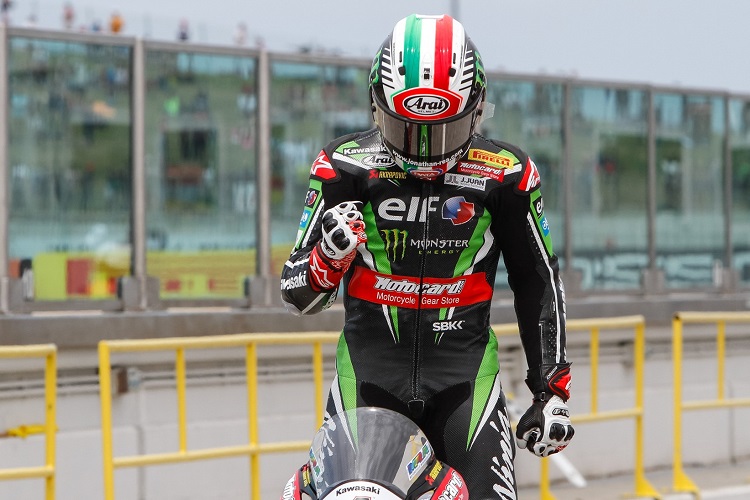 Jonathan Rea returned to his dominant best in race two at Misano, seeing off the challenge of Tom Sykes to complete his first double since Assen. The reigning champion put his teammate under constant pressure throughout a tense race before edging past with five laps to go and breaking clear of his only realistic title rival following Chaz Davies’ accident.

After a dreadful getaway allowed his teammate through at the start of race one, Sykes made no such mistake on Sunday. Although Rea outdragged him on the approach to turn one, Sykes quickly regained the advantage with a superb move up the inside of turn three while Alex Lowes slotted into third on the PATA Yamaha.

Davide Giugliano wrestled third away from the Briton on lap two but Ducati fortunes took a nosedive seconds later when Davies lost the front-end of his Panigale at turn fourteen. The Welshman’s misfortune also caught out Michael van der Mark who was powerless to avoid the fallen no.7 machine, bringing him down as well. While the Honda rider remounted, Chaz’s race was over and surely his title hopes finished with it.

With their biggest potential threat out of the equation, the Kawasakis had the front of the race to themselves, allowing Rea to be patient in his bid to secure victory but with five laps remaining, the Ulsterman swooped around the outside of his teammate at turn one before completing the move at turn two. It quickly became apparent that Sykes had no answer as Rea upped the pace, leaving the Yorkshireman to settle for second.

Giugliano took a comfortable third, going some way to atoning for his race one error, while Xavi Fores finished a fine fourth, matching his best WorldSBK result. Lorenzo Savadori, Nicky Hayden and Jordi Torres all overtook a tiring Alex Lowes in the closing stages, relegating the Lincolnshire rider to eighth, one spot ahead of stand-in teammate Niccolo Canepa and two clear of the recovering van der Mark.