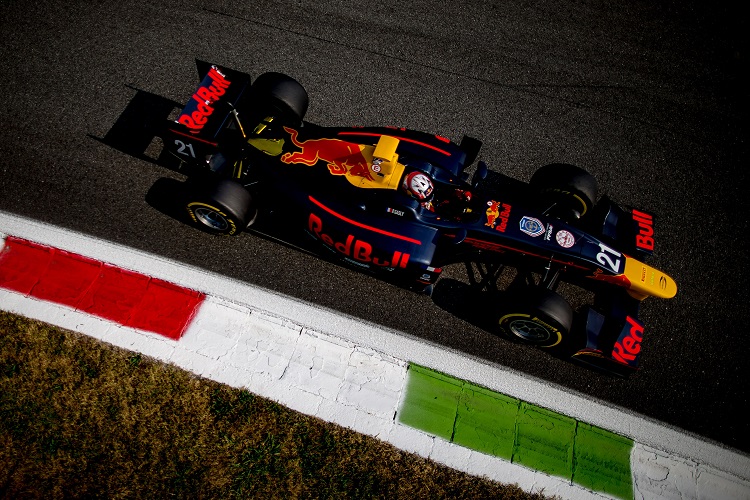 Pierre Gasly secured his third pole position of the season to extend his championship lead by a further four points at the Autodromo Nazionale Monza on Friday afternoon.

Gasly led a Prema Racing 1-2 in the session with a time of 1:31.199 on his penultimate run, with the Frenchman denying his Italian team-mate and main championship rival Antonio Giovinazzi by just 0.054 seconds.

The Frenchman had recovered from a mechanical issue that saw him stop on track during practice earlier in the day, and although he was unable to improve on his final attempt, Giovinazzi’s final improvement was not enough to deny Gasly top spot.

Artem Markelov also recovered from his earlier stoppage in practice to take third on the grid, the best qualifying position for the ever improving Russian Time driver, while Arthur Pic clinched fourth with a late run in his Rapax machine.

Mitch Evans confirmed that he and his Campos Racing team are back on form this weekend by taking fifth on the grid, ahead of Racing Engineering’s Jordan King, while Alex Lynn was seventh for DAMS.

Nabil Jeffri, who has only scored two points all season, was an excellent eighth for Arden International, with Sergey Sirotkin only ninth in the leading ART Grand Prix entry, while Norman Nato completed the top ten for Racing Engineering.

Outside Championship contenders Oliver Rowland and Raffaele Marciello ended up outside the top ten, with the MP Motorsport driver twelfth ahead of the Russian Time driver, with both just behind the Trident of Luca Ghiotto.

The top seventeen drivers were all within one second of the outright pace, with Saturday’s Feature race promising to be a close run affair.