Pierre Gasly on top once again in Malaysian practice 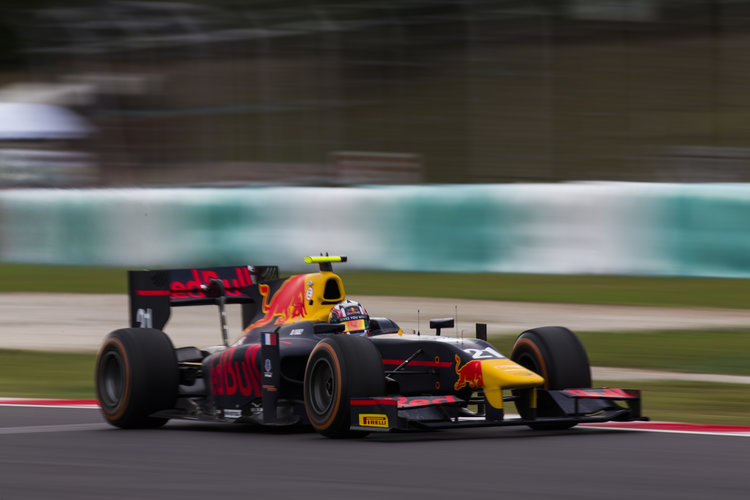 Nicholas Latifi set the early pace with a time of 1:44.381 but he did not remain in the top spot for long as Gasly went P1 – where he remained for the rest of the session – having lapped a 1:42.577. Giovinazzi also improved but it was not enough to better that of the Frenchman.

Despite it being a new track for many – with Mitch Evans, Daniël de Jong, Sergio Canamasas and Johnny Cecotto Jr being the only drivers in the field who were in the field when GP2 last visited – it was a trouble-free session as the drivers learnt the layout, Gasly had a slight moment after locking up and running off the track at Turn 9 but was able to rejoin safely.

Cecotto Jr is back in GP2 in place of Arthur Pic this weekend, with the usual Rapax driver suffering with an illness that forced his withdrawal, while Arden Motorsport are only running one car following Jimmy Eriksson‘s decision to end his rookie campaign with two rounds to go.

As the session ticked to an end, Giovinazzi found some extra pace to close the gap to his championship rival, ending up just 0.123 seconds off of the Frenchman.

The drivers next take to track tomorrow for qualifying for the Feature Race at 15.55 local time.