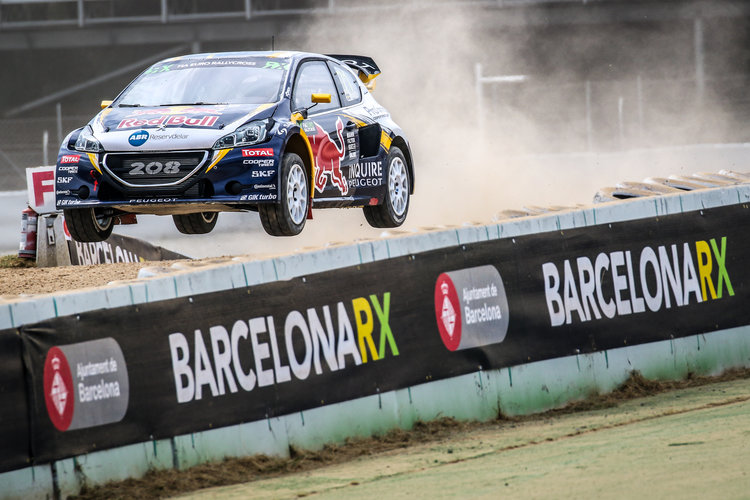 However Albatec Racing’s Jerome Grosset-Janin lies only five points behind him and both of these drivers are fully capable of taking places in the Supercar Final. Qualifying will be all the more important as points are scored at every stage.

Fourth place in the Drivers championship is also another close affair and while this may not be as important an achievement, this can be decided between four different drivers. Tommy Rustad currently holds fourth place in the sister Albatec Racing Peugeot, whilst Peugeot-Hansen Academy driver Fredrik Salsten lies one point behind him.

Nine points behind Rustad is Hungarian driver Tamas Pal-Kiss in his Peugeot who has enjoyed a positive season so far whilst Peter Hedstrom has seen a change in form after moving to the ex Rustad/HTB Racing Volkswagen Polo. All of these drivers have seen places in the Final this season and expect them to fight for every chance to be there again.

The penultimate round of the 2016 FIA European Rallycross Championship for Touring Cars will take place at Riga and here is another category where the action is close and exciting with a number of drivers in the hunt for a win.

Ben-Philip Gundersun leads the Drivers Championship on 71 points after taking victory last time out in Sweden and will be looking to extend his advantage further by looking for a second victory in his Ford Fiesta.

Sweden Junior Team driver Magda Andersson has enjoyed a positive season so far where she took victory in the Final at Belgium and lies in second place, 9 points behind Gundersun and capable of taking the fight to the fellow Ford driver.

Fredrik Magnussen currently sits in third place and will be looking for the top step after taking enjoying a very consistent season so far.

The entry lists for the Euro RX Supercars and TouringCars can be found here.

The final round of the 2016 RX Lites Cup will take place at in Latvia where the Drivers Championship is to go to the wire between the two title protagonists of Norway’s Thomas Bryntesson and France’s Cyril Raymond. Raymond leads the series by eight points ahead of Bryntesson, who has been supreme in his National RX Lites series as well as in the FIA World Rallycross Championship’s supporting class.

Simon Olofsson holds third place in the standings as the series regulars will be joined by Latvian driver Martins Lapins, Russia’s Vasily Gryazin and America’s Conner Martell, who raced in the Intercontinental RX Lites Cup at Trois-Rivieres in Canada in August.

The entry list for the Latvia RX Lites event can be found here.

By Pontus Lindroos
2 Mins read
The entries for the 2021 Euro RX1 conclusion and the Euro RX3 penultimate round now been revealed!
European Rallycross