Callum Ilott: “Third was easily on the table”

Callum Ilott spoke to TCF at the Autosport International Show about his ambitions for 2017 and beyond - Credit: FIA Formula 3 European Championship

Callum Ilott believes third place in the FIA European Formula 3 Championship was definitely possible in 2016, but a drop off in performance in the second half of the year meant he finished the year sixth.

In what was just his second season of car racing after stepping up from go-karts at the beginning of 2015, Ilott moved to Van Amersfoort Racing from Carlin took his first victory in the opening round of the season at Paul Ricard, and won again at the Red Bull Ring, and up until the Norisring round of the championship was in contention for the title.

However, much like what happened with Charles Leclerc the previous season with Van Amersfoort, the consistency seemingly disappeared, and as such he took just two further podium finishes, and just one points finish in the final six races, and as such dropped to sixth in the standings.

“It had its ups and downs,” admitted Ilott to The Checkered Flag at the Autosport International Show. “At the beginning I was really quite strong, really quite confident. “We had the first win at the first race, and from there it was quite consistent results, I was fighting for the championship at that point.

“But then we got to the Norisring where I had the engine problem. I managed to still do a great qualifying but I lost a lot of points that weekend, and sort of after that we had a big drop off in performance. That was similar to the year before with Charles, they had a drop in performance as well, and then after that I was struggling to get on the podium at that point, whereas before I was probably having a podium every weekend, except for the Hungaroring, where we had the tyre issue.

“Overall, I finished sixth in the championship, third was easily on the table, it was a bit of a shame to finish this way, but I had good results throughout the year, so I wasn’t too annoyed by it, it was a good year in some terms.” 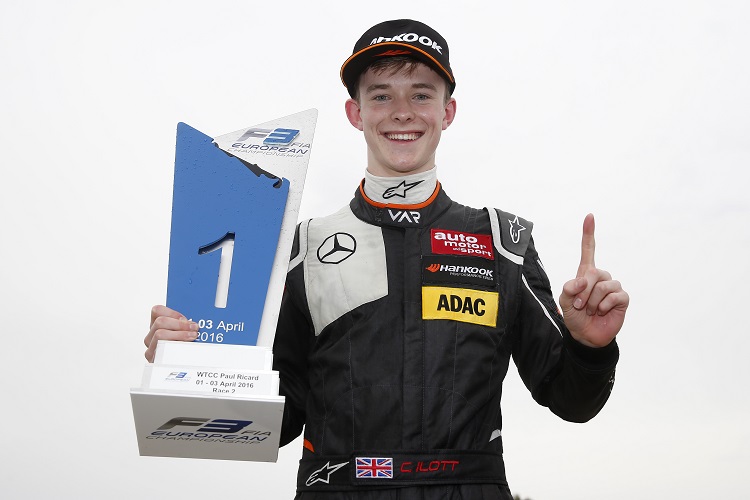 Whereas there were highlights, his maiden European Formula 3 season in 2015 was a very tough year for Ilott, who not only had to get used to a formula car for the first time but also had to contend with a large field of very talented drivers.

“2015 was generally a very hard year, especially jumping from karts, but I think there were a lot of guys with a lot of experience, and with 35 drivers it was a tough competition anyway,” said Ilott.

“So even getting to grips with the car, I still had to fight with some of the best drivers who are driving at the moment, so it was tough.”

Ilott competed in his second Macau Grand Prix last November and admitted his mindset was completely different second time around after an incident-filled debut in 2015, and as a result enjoyed a much better weekend, although he was slightly disappointed to finish down in fifth, especially after finishing second in the qualifying race.

”In 2015 I went in and to be fair, I did a lot of preparation but didn’t really know really what to expect,” said Ilott. “One thing was being afraid of the track, 2015 I wasn’t and I didn’t really respect the track in that way. After the first session I just drove I normally would, and that was the wrong thing.

“I was pushing too hard on entries, and stuff like that, which at Macau you don’t want to do, whereas this year I came with a sort of mentality that I’m just going to keep steady.  I didn’t push on the entries, I was more, ‘well here’s your braking point’, and you sort of stay there and you get the mid-corner and exit, because the exit is a lot easier to manage than the entry. 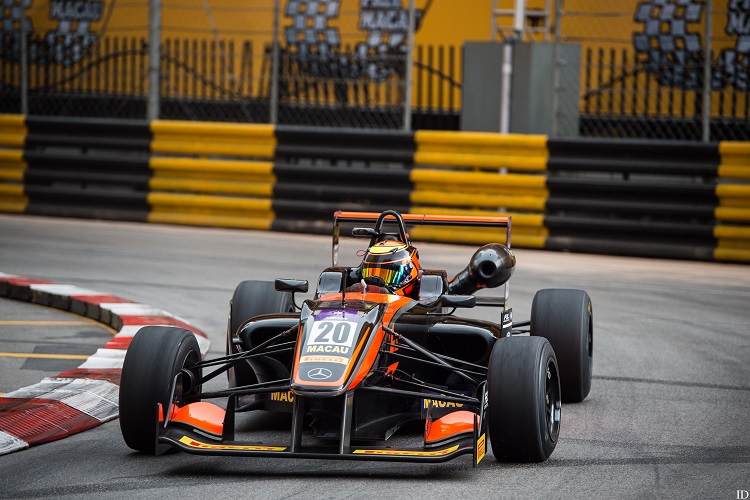 “Generally that helped quite a bit, and I was just taking my time a little bit more, not like a big step because even the first session, normally everyone goes out and they take the first half of the session where they’re five seconds off. I’m not one to be five seconds off, I can be one or two seconds off but five seconds is quite hard for me to even think about that, so I still go quite quick straight away.

“I think overall it was consistent, I was really happy with the weekend, I was a bit p****d off that I finished fifth, because I had so much speed but in that final race I got a good start but I got Macau’ed into the first real corner, and I ended up coming out third or fourth, so that was a bit disappointing.

“I didn’t anywhere have the same speed that I did the whole weekend for some reason, maybe the set-up, maybe the tyres, I don’t know. Overall I wasn’t p****d off after that because I just looked at the weekend and I said well, I’ve been second the whole weekend through so I haven’t done a bad job, and compared to the year before it was really good.”

Heading into 2017, Ilott now moves to the multiple championship-winning outfit Prema Powerteam, and in his third season in European Formula 3 has eyes firmly on winning the title.

“[Moving to Prema] puts me in the best position to be fair,” said Ilott. “[The Championship] is the goal, I don’t think I’ll be happy with anything less than first, full attack I guess.

“Last year I thought I would be in for the championship a little bit more than I was, first half I was definitely there, but I thought I could have maintained it a bit more but no, Lance [Stroll] sort of pulled away and we fell back a bit.  But this year, I’m trying to put myself in the best position and hopefully I should good job.”

Ilott feels the Prema line-up of himself, Mick Schumacher, Guan Yu Zhou and 2016 runner-up Maximilian Günther (yet to be confirmed) is another strong one for the Italian team.

“Well Mick Schumacher came from F4 again, did two years in F4, and there’s quite a lot of history in the family, so that will be a nice one,” said Ilott. “Guan Yu Zhou he came from Motopark, to be fair in the test that we did he was quite quick, so I think he’ll throw in a few surprises, and then Maxi, who finished second last year, and was also quick in the test.

“It should be a challenging one, especially me and Maxi, but I think overall I think it’s quite a good package.” 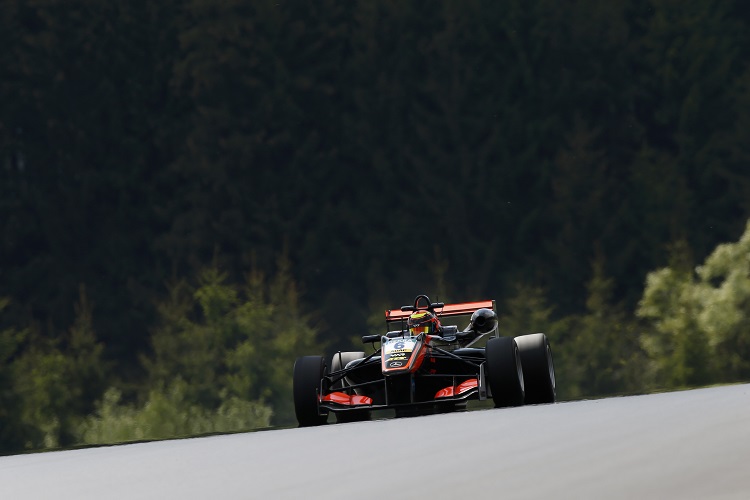 Ilott also believes the British contingent of himself, Lando Norris and Jake Hughes brings an extra dimension to the championship, and with all three drivers coming to this point in their career via different routes, he feels that it will be interesting to see how everyone compares on track.

“I think to be fair it will be an interesting one,” said Ilott. “Obviously Lando has gone F4, Renault, won both, now into F3, I’ve done F3 for two years straight from Karts, so it will be interesting to see how that works out.

“Jake, who’s sidestepped F3 from GP3, I think he’s a bit of an underrated driver sometimes, because he’s shown he’s really quick. He’s had a lot of bad luck this year with DAMS, but with Hitech it should be a challenging combination.”

The only difference Ilott knows is against him compared to Norris is when it comes to Superlicence points, mainly due to jumping straight from karting into Formula 3, whereas his rival raced and won in Formula 4 and Formula Renault 2.0 before making the same jump.

“The only thing is, I think they changed the value but they brought the superlicence points in that year, so obviously I’ve missed out on some,” admitted Ilott. “For example Lando has 36 superlicence points, I’ve got six, we’ll see this year if we’re quite close in speed or not, but someone who’s got six versus someone who’s got 36 and the same level of experience… I think I missed out on that but I think I’ve probably gained quite a bit of experience, especially in F3.

“I think an F3 team is a bit more professional than a F4 team in some senses.  Little things I’ve probably picked up a bit more, but it will be interesting to see this year.”

The main thing Ilott wants is to get the season underway, which this year begins at Silverstone after a year’s hiatus, while the Autodromo Nazionale Monza also reappears on the calendar. The last time Formula 3 raced at Monza saw a number of high profile accidents and safety car periods that ultimately saw races suspended, but Ilott does not expect the same kind of issues in 2017.

“I really want to get straight into the first weekend, first qualifying, see how it is, instead of all this waiting, and not knowing,” said Ilott.  “I should have a good race there, and we’re back at Monza, which last time wasn’t a great end but we should be okay this year.”

Ilott wants to know how he will compare with fellow Brits Lando Norris and Jake Hughes this season – Credit: FIA Formula 3 European Championship

Despite knowing how difficult it is to make it into Formula 1, Ilott is still aiming for the very top, and although other drivers are currently eyeing a move in a career in GT racing, the Briton will continue to strive for opportunities to make it into F1 before he thinks about making the same move.

“As it goes on, it gets more and more difficult to get in but I’m still going to aim for it,” said Ilott. “I’m going to try and get as high up as I can in single seaters before I think about other things.

“Of course I’m thinking about other things but before I commit to other things, trying to get as many opportunities as I can.”

One of those opportunities Ilott did take during the off-season was test a GP2 Series car, mainly to learn about the car, tyres and championship should the opportunity arise in the future to race there. He admitted he enjoyed the experience and felt on the pace despite it being his first time in the car and at the Abu Dhabi race track.

“I sort of wanted to do it for the experience, because just in case I go and do it, I don’t have to start from scratch,” admitted Ilott. “I sort of know the feeling of the car is, and of course you can always learn something.

“I did learn quite a few things about the tyres, about the car and how you can adapt the car a lot more through your feet, compared to something like F3.  It was really interesting; overall I was quite pleased, because I think I was tenth on the second day. I didn’t know the track, and I hadn’t done anything in the simulator for GP2.” 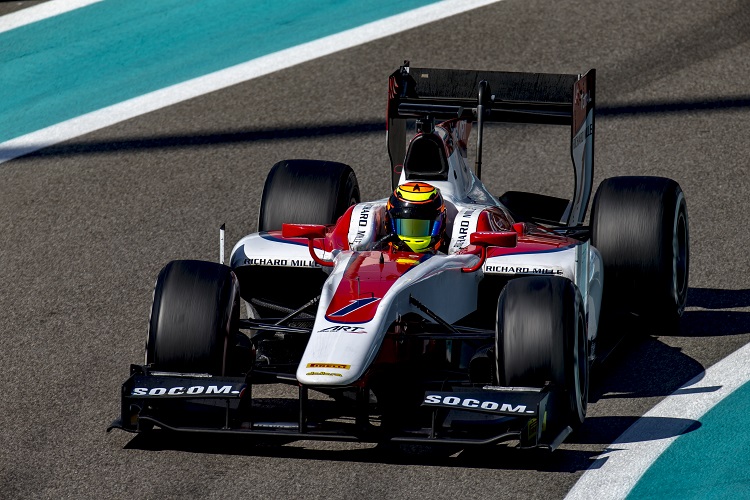 By Mark Cridland
3 Mins read
The rally and rallycross legend talks about his long and accident prone career as well as the future of Lydden Hill Race Circuit and British rallycross as a motorsport.
IndyCarInterviews

Felix Rosenqvist: "It's the most difficult series I've driven in"

By Griffin Schmoyer
5 Mins read
2019 INDYCAR Rookie of the Year Felix Rosenqvist sat down with TCF’s Griffin Schmoyer to talk about his sophomore year in the sport.
eSportsInterviewsJunior WRC

By Steven Batey
3 Mins read
In part two of TCF’s interview with Jon Armstrong, he discusses how he helped develop DiRT Rally 2.0 as well as talking about some of his real-life rallying achievements.