Ginetta’s Gear Up for Inaugural Encounter at Oulton

Like a number of British GT weekends, Oulton Park prepares for the sound of Ginetta‘s rampaging around the Cheshire forest. While many of the fans will prepare for the G55 GT4, it will be the Ginetta G40‘s of the GT5 Challenge that could make the biggest impact.

Last season saw a domination from the unflappable Ollie Chadwick, but like his sister, he’s moved on to pastures new with vice-champion Matt Chapman making the step up to the headline championship.

In terms of returning stars, the field could be led by one family. Ryan Hadfield and brother Jonathan Hadfield were class runners last season collecting the points when Chadwick could not, eventually finishing third and fourth respectively.

The pair stay with their privateer R+J Motorsport team and will arguably enter the season as championship favourites after a strong 2016. Both will be looking to putting a disappointing Donington Park finale behind them, but shouldn’t get complacent at the top.

Matt Palmer failed to make an impact on the top four last year, but still finished best of the rest and will be hoping to succeed where others have failed before. The 25-year-old was the highest ranking privateer in 2016 and will hope the approach can land him the overall title.

In terms of other returning faces, Steven Wells leads the Optimum Motorsport contingent. While he only picked up a best of fourth last year, the 20-year-old will be determined to move up the order come the new year.

Also returning will be championship regular Nick Zapolski. After a strong start to last season, the Xentek Motorsport driver fell back, though will have the perfect opportunity to inherit the crown from Xentek’s number-one last year.

Elsewhere, a few midfield faces have returned in the form of Alex Toth-Jones, Egypt’s Mohammed Elshimy, the experienced Jonny Greenwood and Ashley Marshall. 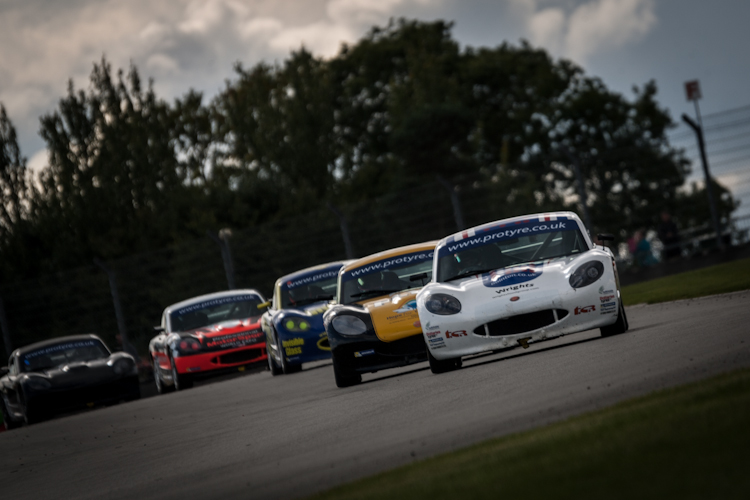 27 drivers have currently signed up for the season ahead (Credit: Nick Smith / TheImageTeam.com)

A few new names may provide an extra challenge for the returning force though. Most notably last years Junior Saloon Car Champion Katie Milner will step up to take on the challenge of the G40’s.

She won’t be the only young star making her debut though, with Finnish karting graduate Sami Saarelainen entering the UK scene after winning the KF Junior class of the Finnish Cup Championship. He’ll be joined at Century Motorsport by Ginetta Junior graduate Max Bird.

Also stepping up from Juniors will be the man who finished third in the standings, Lewis Brown. The 18-year-old will pilot the #39 in a privateer effort after picking up two wins and seven podiums over the course of the season.

One driver who will also be familiar with the cars will be Richard Evans. After securing the GRDC+ title last year Evans will now race in the full GT5 series, with his former class regularly racing on the same track to increase grid numbers last year.

Finally, Jade Developments provide perhaps the most notable new signing. Michelin Clio Cup Road Series Champion, Luke Pinder, will make the step across, as he looks to get a handle of Ginetta machinery.

Pinder, 33, will be one of the series oldest and most experienced drivers, but could provide a genuine challenge for the title along with Milner, Palmer and the Hadfield pair.

In equal Ginetta G40 GT5 machinery, any of the 27 competitors could take the title.

The calendar has also changed once again, though the opening and closing rounds will still be part of the British GT tour.

Starting in Oulton Park this weekend, it follows the package to Rockingham before becoming a support during the ToCA weekend at Thruxton. From there it moves to Silverstone in June, before preparing for an overseas trip.

While last year the championship followed British GT to Spa, the series will instead head to Zandvoort as part of their British Racing Festival.

The series then heads back to the ToCA package at Knockhill, before ending the season once again at Donington Park during the traditional GT finale.

Whatever the result, it’s likely to be another close season of bumper-to-bumper action from one of the country’s most populated single-make championships.