Haslam on pole after qualifying session is cancelled at Donington Park 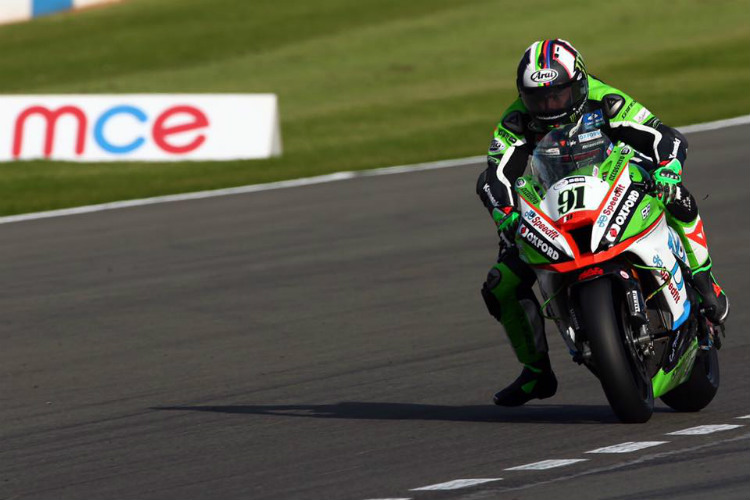 The opening qualifying session of the 2017 MCE British Superbike season has been cancelled due to a huge oil spill in a support race at Donington Park.

The cancellation has lead to the provisional grid for race one tomorrow being decided by the overall free practice session times. This means that Leon Haslam will line-up on pole position for the JG Speedfit Kawasaki team.

The incident in question occurred during the Ducati TriOptions Cup when John Waghorn’s machine blew, causing several riders to fall at Schwartz Curve. Around half a kilometer of the circuit was covered in oil, triggering a huge clean-up operation.

Despite the best efforts of the marshals and others at the circuit, the clean-up could not be completed in time for the qualifying session to take place – with official confirmation coming through at 5pm.

Haslam will be joined on the front-row by Kawasaki teammate Luke Mossey and the 2015 BSB Champion Josh Brookes, who makes his return to the championship with the Anvil Hire Yamaha team.

The second-row is headed by Peter Hickman on the Smiths Racing BMW machine, with reigning champion Shane Byrne and James Ellison in fifth and sixth places respectively.

John Hopkins is next up in seventh and he is joined by Frenchman Sylvain Guintoli and Glenn Irwin, who is now in his second season with the Be Wiser Ducati team.

The opening two races of the 2017 BSB season are scheduled to take place at the regular times of 13:30 and 16:30 respectively.