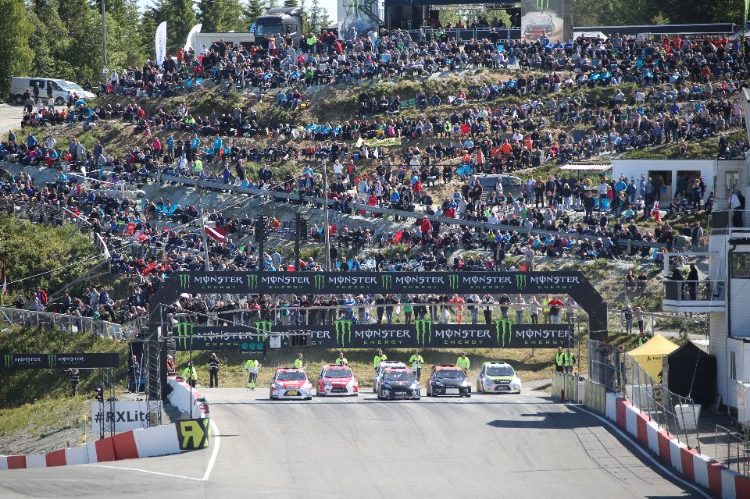 The inaugural season of the RX2 International series is set to become a hugely competitive affair, with entries already well into the double figures and time fast running out for drivers to book their place at the season opener in Mettet, Belgium, on 12-14 May.

The final deadline for submitting an entry to the opening round is set on Thursday, 13 April.

So far, seven drivers have confirmed they will be competing: reigning champion Cyril Raymond (France), Swedish young gun William Nilsson, American ace Tanner Whitten, former karting siblings Jessica and Andreas Bäckman (Sweden), as well as former rally drivers Guillaume De Ridder, from Belgium, and Russian Vasiliy Gryazin. Further competitors are due to be announced over the coming days, with potential entries from no fewer than ten countries and three continents.

The newly rebranded feeder series to the FIA World Rallycross Championship has indeed sparked a lot of interest, so much so that its organisers expect to see fields of up to 20 competitors at most events, some of which are already likely to reach the maximum of 25 cars.

“We’re delighted that the rebranding of RX Lites as RX2 and the closer affiliation to the pinnacle of the sport in the FIA World Rallycross Championship has resulted in such tremendous enthusiasm for our series this year,” remarked Andreas Eriksson, CEO of RX2 rights-holder Olsbergs MSE. “Ever since we launched the first RX2 car back in January, the phone has not stopped ringing and we have been overwhelmed by applications to compete from drivers from all around the globe and a diverse range of motor sport backgrounds and experience. RX2 is increasingly being regarded as the clear path to reach World RX, and we look forward to helping to develop the future stars of the international rallycross scene.”

By Pontus Lindroos
4 Mins read
Oliver Eriksson won his first RallyX Nordic event of the season at Nysum and has extended his championship lead to 19 points going into today’s final round.
RX2

PREVIEW: RX2 International Series - Nysum: RX2 Looking to Go Out With a Bang

By Pontus Lindroos
3 Mins read
This weekend will see the final ever round of the RX2 International series at Nysum in Denmark.