Piastri Scores Second Win of the Year as Caroline Struggles 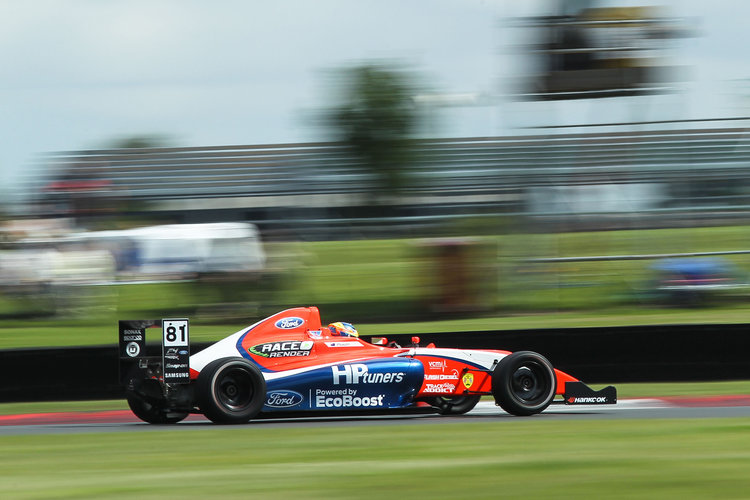 An unchallenged race from Oscar Piastri saw the Australian cruise to his second win of the year at Snetterton. The F4 British Championship front-runner will be pleased to have closed the gap to the points leader.

Piastri and the TRS Arden team locked out the front row with championship leader Jamie Caroline down in ninth having had issues in qualifying. Piastri though would continue to break away in the opening laps.

Ayrton Simmons had maintained second with the battle for third allowing Caroline into the mix with Logan Sargeant and Swedish star Linus Lundqvist.

Simmons though was struggling to keep up with his teammate and soon turned attention to fending off Lundqvist and Sargeant behind.

The battle for fifth proved to be just as intense with Ford F4 Challenge Cup runner Olli Caldwell, holding off Alex Quinn and Oliver York. Sadly for the Arden driver, this pace was short-lived, dropping into the clutches of Caroline for the final few laps.

In the end, it was an untroubled second victory for Piastri, who closes in on Caroline in the championship. Despite his lackluster pace, Simmons held off half a dozen cars to secure second from Lundqvist.

Sargeant had been running third, but saw his tyres fell off in the final laps, claiming fourth from Quinn, York and Caldwell. Caroline would take a disappointing eighth as Manuel Sulaiman and Karl Massaad rounding out the top ten.

Sulaiman will be on pole for the reverse grid race two.

Carlin trio of Inthraphuvasak, Bolger and Askey looking for immediate results in 2021