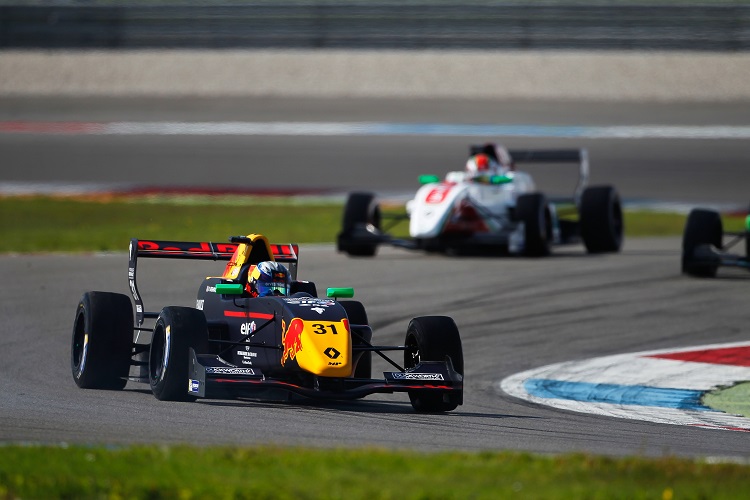 For the first time in two years, MP Motorsport competed in the Formula Renault 2.0 Northern European Cup and saw their drivers take both race victories at the TT Circuit Assen.

The team’s three regular Eurocup Formula Renault 2.0 Series drivers joined the field of eight cars this weekend in the Netherlands, and despite R-ace GP’s Gilles Magnus taking a double pole position, it was Neil Verhagen and Richard Verschoor who took the victories.

Magnus made a mess of his first pole position on Saturday, jumping the start and allowing the MP duo of Verhagen and Verschoor to assume first and second, with the American having made the superior start to jump the Dutchman into turn one.

Once Magnus took his penalty it dropped the Belgian to the rear of the field, but he was able to reclaim seventh from team-mate Theo Coicaud into turn one late in the race, with his position being confirmed when the Frenchman spun.

Behind Verhagen and Verschoor came R-ace GP’s Charles Milesi, who took a podium in just his third race start in Formula Renault, while MP Motorsport’s Jarno Opmeer took fourth after coming out on top of a battle that also included Michael Benyahia and Bartlomiej Mirecki.

Magnus made a much better start on Sunday for race two, and was in control of the race before team-mate Milesi broke down on track and caused a two-lap safety car period.

On the restart, Magnus was unable to shake off Verschoor, and with just two laps to go the Dutchman, to the delight of his home fans in the Netherlands, made a move for the lead at the Timmer Complex, and held on to take the victory.

Magnus ultimately took second and the lead of the championship, while Opmeer made it two Dutchmen on the podium in third ahead of Verhagen, Mirecki, Benyahia and Coicaud. 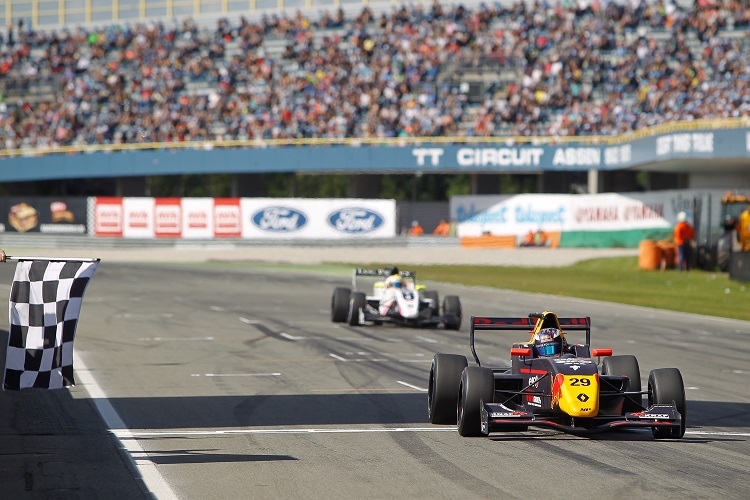 Formula Renault 2.0 Northern European Cup Will Not Return in 2019

By Paul Hensby
2 Mins read
Max Fewtrell moved further ahead in the championship after taking victory in race two in Germany as long-time leader Christian Lundgaard was forced into retirement.