Collete Davis has revealed that she will be making the switch to monster truck competition.

The former Red Bull GRC Lites racer will drive the Wonder Woman truck in the Monster Jam series throughout 2018.

“I’ve been training the past couple months at Monster Jam University and couldn’t be more thankful and ready for this new journey,” the San Francisco native posted on social media. “I’ve had an incredible time learning from the legend himself, Tom Meents , and I cannot wait to represent all my strong and powerful ladies out there.” 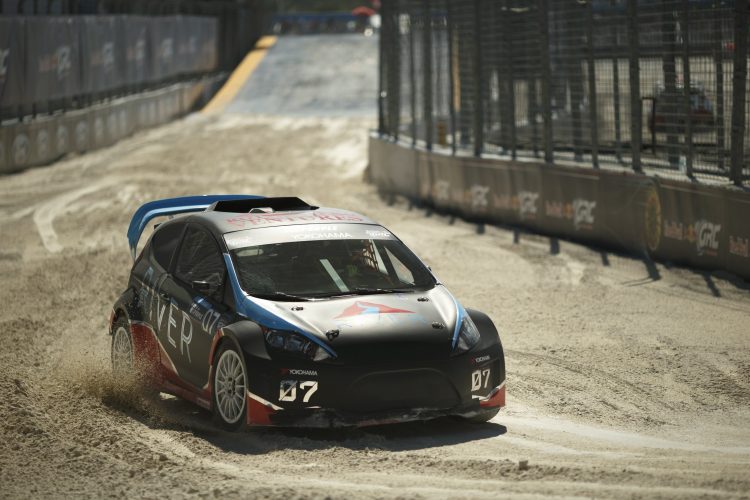 The former karting champion led her very first lap in Red Bull GRC – becoming the first female driver to lead a lap in the series – and claimed a best finish of fifth place in Phoenix last season.

Since leaving the series, Davis has been involved in drifting, the one-make EXR Series, and has worked on a number of media projects, including hosting TLC and Discovery Family series Girl Starter.

Rovanperä reaches Top 16 at the DMEC debut in Ireland

Rovanperä to make DMEC debut at Mondello Park this weekend

By Pontus Lindroos
1 Mins read
Kalle Rovanperä is set to make DMEC debut in Ireland this weekend with his Toyota Supra Gazoo Racing drift car – followed up with one more outting in the series in Sweden this summer.
Global RallycrossGRC LitesNASCAR Cup SeriesStadium SUPER TrucksX Games

By Justin Nguyen
6 Mins read
What do Daytona 500 champ Austin Cindric and Robby Gordon have in common? They’re the only drivers with NASCAR Cup Series wins and X Games medals. Thanks to rallycross and Stadium Super Trucks, the NASCAR/X Games overlap is quite deep.