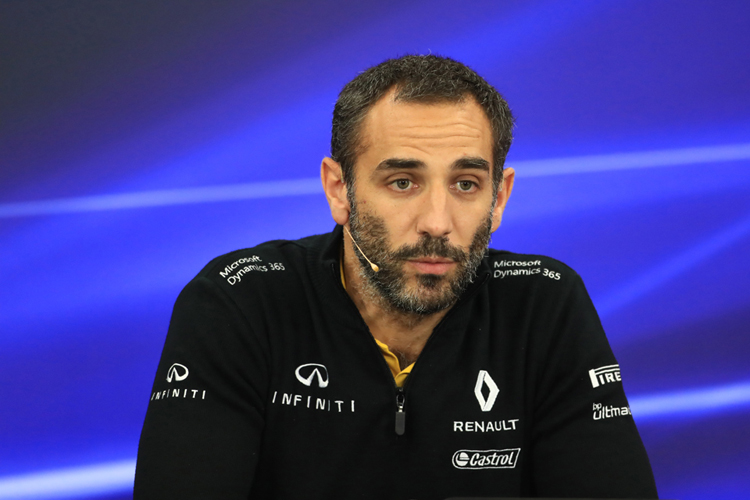 Renault has had nine retirements this season so far, severely denting their championship hopes, with one retirement coming in last week’s United States Grand Prix. Whilst one driver may have failed to finish, new driver Carlos Sainz Jr.’s seventh place moved them up to seventh in the table. This is good for the team, but fifth is the target for the Frenchman.

“Carlos Sainz made a tremendous debut for the team, delivering beyond his expectations and in line with our aspirations.

“We all worked very hard to make his transition to a new team mid-season as fruitful as possible and this hard work was well rewarded.

“On the other side of the garage, we let down Nico Hülkenberg through an engine issue. Nico is certain to have been able to get the car into the points in Austin and both cars scoring has been our year-long goal.”

“America demonstrates we have everything we need to fight for points and to climb back in the Constructors’ Championship, which is most certainly the target in Mexico.

“We have moved up to seventh in the standings and fifth is still an ambitious but realistic goal for the team.

“We sit five points behind Scuderia Toro Rosso and 20 adrift of Williams Martini Racing – it’s about heading into these final three races with the determination to reach our objective.”

Whilst Abiteboul may be looking towards fifth in this year’s Constructor’s standings, he’s not focusing on it solely – instead splitting his time on making sure the team get as good a head start next year as possible.

“There are just three races left for the season; Mexico, Brazil and Abu Dhabi, so we are pushing very hard to score the maximum. We do have one eye on next season, which is why we have pushed forward with using some PU elements.

“It can be a tightrope to walk between performance and reliability, but we are determined to get to the top step of the podium in the future.”

By Paolo Iantosca
3 Mins read
The 2020 F1 season is set to go down as Ferrari’s worst campaign in the last century. However, despite the dreadful results, Ferrari still managed some highs in a unique 2020 season.
Formula 1Season Review

By Jasmine Butler
3 Mins read
Renault DP World F1 Team had podium glory for the first time in over nine years in an impressive 2020 for the team.
FeaturesFIA WECFormula 1IndyCarRally