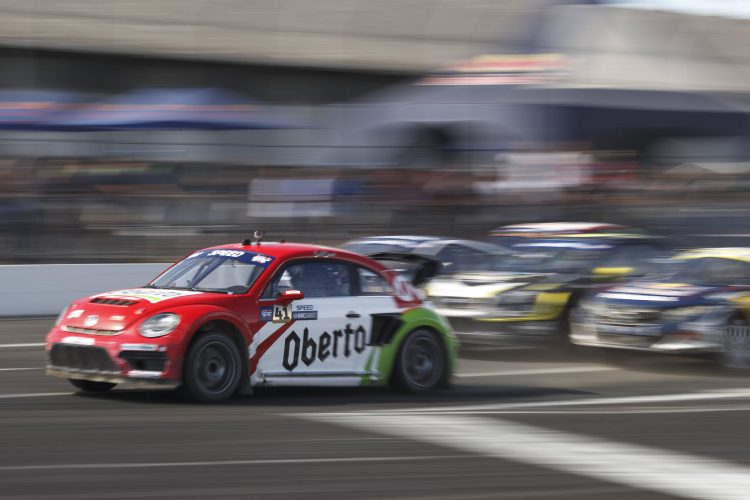 Michael Andretti has said that Volkswagen Andretti Rallycross could expand into Red Bull Global Rallycross‘ new electric category when it kicks off in 2019.

VARX have won the last three drivers’ titles in Red Bull GRC’s Supercars class, and when asked by The Checkered Flag if there was a possibility of the team expanding into the upcoming electric category, Andretti was positive.

“That’s a possibility for the future for sure,”  he said. “I know Volkswagen is very interested in that because their line is going to be predominantly electric by 2025 so it’s going to be important for them.”

“Whatever VW does we want to be a part of it,” he added. “They’ve been such a great partner and we’ve had great success together and I don’t know which way it’s going to go but hopefully we’ll both be involved here for a long time.”

Volkswagen is the only manufacturer represented in both Global Rallycross and World Rallycross, and with both series announcing electric expansions for the future, the move makes sense for the marque that has it’s sights set on turning all-electric within the decade.

Andretti Autosport already runs a team in Formula E, the world’s first all-electric racing series, although that effort is in collaboration with BMW, not Volkswagen.