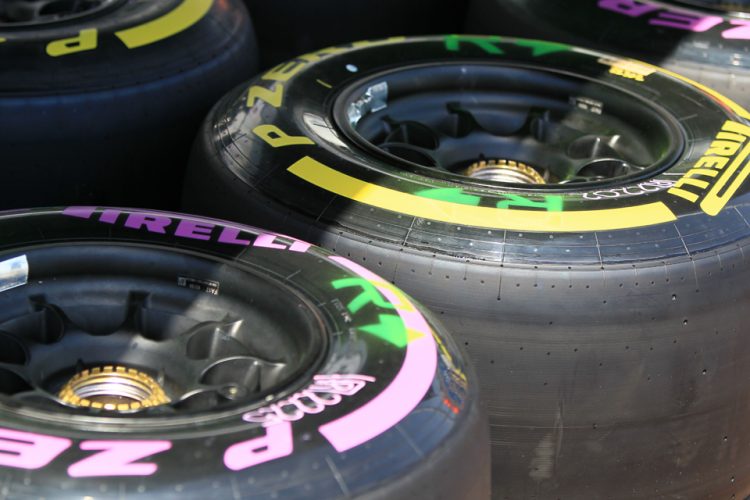 Pirelli‘s Head of Racing, Mario Isola has said that the Circuit of The Americas is one of the most difficult tracks of the year to predict tyre performance.

The Italian tyre giants have chosen the three softest compounds for both the United States Grand Prix and next weekend’s Mexican Grand Prix.

“For America, we’re once again taking a softer range of compounds that we have done for previous races there, with the ultra-soft available in Austin for the first time.” Isola said.

As a special one-off race, the ultra-soft compound will turn pink walled from its usual purple hue, in honour of the Susan G. Komen foundation, the United States’ largest breast cancer organisation.

“The ultra-soft is in pink as a one-off, to highlight the brilliant work of the Susan G.Komen foundation.”

Isola and Pirelli say that the introduction of the company’s softest compound to the Austin track – along with the new, faster breed of cars – will decrease lap times, and may lead to another lap record being broken in 2017.

“This should bring lap times down, continuing the trend we have seen over the course of the season.”

However, Isola was keen to point out the challenge that Austin’s unpredictable weather poses, and looking through the brief history of the race, shows that there is no ideal strategy and that the hardest compound available to the drivers may prove to be a viable race tyre.

“Austin though is one of the hardest tracks to predict, also due to variable weather, and we’ve seen quite a variety of pit strategies there in the past.”

“These could involve all three compounds this time, with the soft being a good potential option for the race as well.”