10 points separated the pair going into the final round at Croft and both still in with a chance of the championship as they comfortably made it into the semi-finals.

However, a mechanical issue hit Godfrey’s Ford Fiesta and the four-time champion fell down the running order and would end up qualifying on the third row of the final with Heathcote taking full advantage and winning the heat.

Heathcote then did exactly what he need in the final on Sunday morning and led the race from start to finish and won the title as a result. Godfrey in an attempt to come back up the field would end up colliding with the Citroen C4 of another former BRX champion Pat Doran and damage his suspension forcing him to retire from the event. 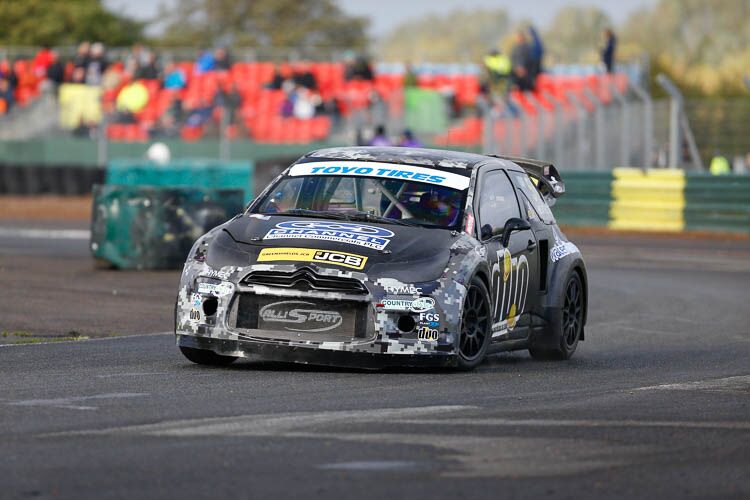 The 2016 Swift Sport Champion Heathcote, who claimed his third victory of the season at Croft also won the title driving the same Citroen DS3 driven by Dan Rooke last season.

“I had to come first today so that was my aim, then I had done everything I could do. My starts hadn’t been great all weekend but luckily I made a good one in the final to make sure I was first at the first corner”, said Heathcote on his victory.

“I was coming down the back straight and I saw a tyre on the side, then I saw Julian’s car, so I knew just to calm down to keep the lead to the finish. I hoped I would have the pace this season but never thought I would come out of the year as champion; it’s an awesome feeling.” 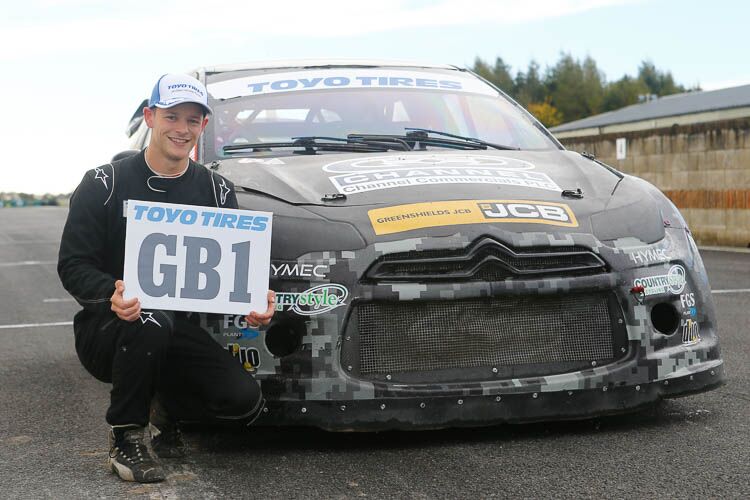 Finishing second in the final round of the season was local driver Kevin Proctor in his Fiesta, while Oliver Bennett completed the podium and also sealed third in the championship standings as he also completes his first season in Supercar.

Fourth in Supercar went to Steve Hill with his best result of the season in his Mitsubishi Evo X, while Jake Harris took fifth ahead of Doran after contact with Godfrey.

Team BRM owner Warren Scott looked set to have another strong result in his maiden BRX season, but a technical issue on the LD Motorsports DS3 struck when he was lying second in the final behind Heathcote and he retired from the race.

Mad Mark Watson and Andy Grant meanwhile were forced to withdraw before the beginning of the final with a transmission and sensor issue respectively, while Tony Brady, standing in for Ollie O’Donovan rolled the Ford Fiesta in qualifying while suffering brake issues and he took no further part in the final round.

In the MSA Supernational Category, Tristan Ovenden held off championship challenger Paige Bellerby to claim the title in his first season in the class after taking four out of the last five victories in 2017.

Ovenden who had led the opening lap of the final, finished the last round at Croft in third behind Ash Simpson and Guy Corner, with Bellerby fourth, Allan Tapscott taking fifth and Polish driver Slawomir Woloch rounding out the top six.

“It feels like a long season, it didn’t really feel like the Championship was on until the third or fourth round and it started going well. When we got our first win I thought ‘actually, this might be doable.’ We just kept plugging away and it’s fantastic to win the Championship” said Ovenden on his title win.

Series frontrunner Tom Constantine looked set for a strong result but a spin on the first corner of the final forced him down the running order, eventually leading to a fine battle with his own cousin James with the pair switching positions twice.

Things were to get worse for Tom, as he was later excluded from the overall result for a technical infringement, giving young Norwegian driver Sebastian Hoidalen fifth place in only his second round in the championship.

The above mentioned Llewellin was to make an incredible mark on his debut in the Swift Sport Series as he won the class ahead of Morgan Bailey and Simon Ovenden who claimed the championship crown after a season-long battle with Rob Shield, who only managed sixth in the final after a spin.

The BMW Mini Rallycross class win went the way of Martin Hawkes who won the championship in the process ahead of David Bell and Keifer Hudson, while the RX150 series saw John Ward win the event but his title rival Chrissy Palmer finish second and claim a third straight title with Marc Scott, a past champion himself, recovering to third in the final after a stall at the beginning of the race.

Finally, in the Retro Rallycross Championship, Barry Stewart won the final round of the season ahead of Gary Dixon and Kevin Feeney with both championship rivals Lance Foster and Ray Morgan retiring from the final on the very first lap. Foster however still claimed the championship victory.