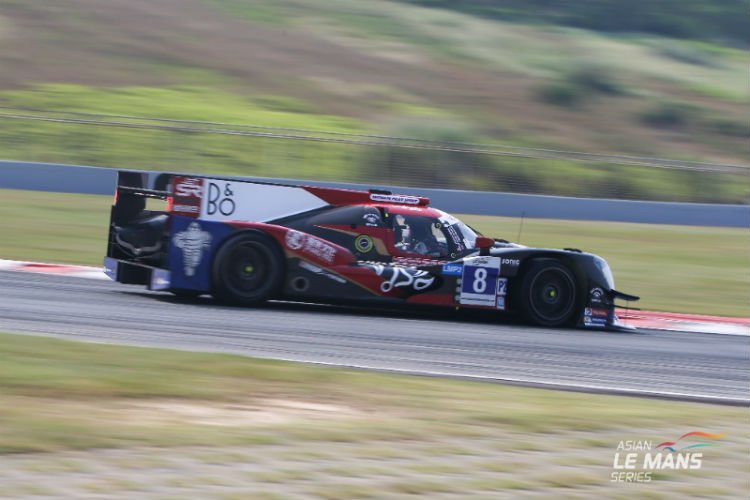 Jackie Chan DC Racing x Jota Sport locked out the front row in qualifying for the first round of the 2017/18 Asian Le Mans Series at the Zhuhai International Circuit.

Tung himself was only 0.2 ahead of Pipo Derani in the BBT Ligier who rounded out the top three.

Despite dominating practice, ARC Bratislava‘s qualifying efforts suffered a setback when Konstantins Calko went off when on cold tyres, which damaged the body work of their Ligier JS P2.

In spite of this they still set a time quick enough to secure fourth on the grid.

In the LMP3 class is was Josh Burdon who secured pole in the KCMG Ligier JSP3.

Burdon put in such a blistering performance he was sitting in second place outright early in the session.

In the GT class, qualifying was dominated by the two FIST-Team AAI cars, with Rafaelle Marciello in the Mercedes-AMG GT3, just pipping his team mate Jesse Krohn in the BMW M6 GT3 for class pole.

By Alice Holloway
2 Mins read
BMW have confirmed the name of their 2023 Hypercar, along with releasing images of the car sporting its special test livery.
British GTEndurance RacingEuropean GT4 SeriesPirelli World Challenge

By Nick Golding
3 Mins read
Lotus have unveiled their brand-new Emira GT4 race car at the legendary Hethel test track, in what is a new era of GT racing for the famous manufacturer.
24 Hours of Le MansAsian Le Mans Series

By Vince Pettit
1 Mins read
Nielsen Racing, CD Sport, and Inception Racing secure a spot on the 2022 24 Hours of Le Mans entry list after winning their categories in the Asian Le Mans Series.