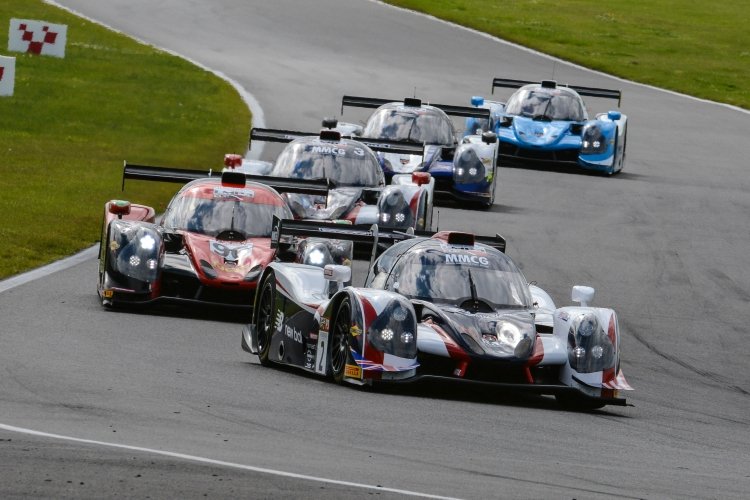 The LMP3 Cup Championship arrived in 2017 with the bold intention of bringing Le Mans-style prototype racing to the UK.

Blessed with the approval of the Automobile Club de l’Ouest, effectively sealing a status as the first rung on the ladder for teams shooting for the 24 Hours of Le Mans, it sought to give young drivers and teams the perfect place to take their first dip into the endurance pool.

Overall, the inaugural season can be considered a success. Championship organiser Bute Motorsport will admit that grid numbers were lower than it would have liked – the season-high of 10 entries falling short of the anticipated 20 – but the competition still held up as some of the best on the MSVR package.

Ecurie Ecosse drivers Colin Noble and Alasdair McCaig won the title in their Ligier prepared by the Nielsen Racing squad. A double victory at the Donington Park curtain raiser set the tone for the rest of the year, with the pair never letting slip of their points lead.

The nearest challenge came from Matt Bell and Tony Wells, who emerged as the leading crew from the legion of United Autosports entries (United being the UK agent of Onroak, which builds the Ligier chassis).

Bell and Wells picked up their first win of the year at Brands Hatch, before claiming further victories at Spa and Silverstone, but were always matched by Noble and McCaig who won a race on each weekend bar the Donington finale, where Noble crashed out in appalling conditions.

The Scottish duo snapped up the title one round early at Snetterton by finishing third in that weekend’s second race, just over a second ahead of their points pursuers.

Despite attracting only five cars, that Snetterton bout was the most entertaining of the campaign: United’s Andrew Evans and Christian England won from pole, but only beat Speedworks Motorsport’s Jack Butel and Devon Modell by 1.3 seconds after a late-race dice that also involved the two championship protagonists.

Noble and McCaig ended the year on 232 points to Bell and Wells on 212, while Butel finished a distant third in the standings with his only victory of the year coming at the final race.

One key challenge for the LMP3 Cup in its inaugural season has been the need to tread a line between offering an arena catered for amateur racers, and one for young professionals.

It’s well known that more young drivers than ever are looking at sportscars early in their careers as an alternative to the cut-throat F1 ladder, and the LMP3 Cup has done well to make itself open to drivers with that mindset.

Nurturing young talent was a prime reason for a mid-season shake up of the rules that allowed crews to feature two silver drivers, rather than one. Most up-and-comers are silver-rated, so by shifting the entry requirements, Bute Motorsport hoped that it could lure interested pairings that had been alienated by the original regulations.

To hammer home the championship’s push for young drivers, Bute also organised the Sports Insure Young Driver Initiative for the Donington season-closer. A public vote whittled the initial batch of nine down to five finalists, with British GT4 race winner Sandy Mitchell clinching the prize drive with six-time Olympic cycling gold-medalist and former European LMP3 champion Chris Hoy. The pair chalked up a podium in their opening race, which was impressive considering neither had raced a Ligier going into the weekend.

By offering a free drive, the scheme succeeded in attracting interest from over 100 hopefuls. Additionally, it raised the profile of the LMP3 Cup on social media through the public vote platform, giving the championship free exposure. Bute hasn’t confirmed whether the Initiative will return in 2018, but the reaction from this year’s toe-in-the-water contest suggested it can be of huge benefit to the series.

“We’ve got to look after the guys who pay the bills,” he said.

“It’s very easy to lose sight of that. There’s nothing more frustrating than selling your business, paying thousands for a car, team, equipment and hiring a team-mate, only to sit in the garage watching your team-mate driving around the track as I’ve seen in some other series.”

Boland and his team remain strong proponents of this belief, which is openly championed in high-profile competitions such as British GT, the European Le Mans Series and Blancpain. Pay drivers and amateurs are required to bring investment and grid numbers, and as such they are given a prominent role.

That’s why the LMP3 Cup introduced a pro-am category in its rule change – essentially the same silver/bronze system it started the year with – to accommodate that important market. By appealing to the needs of both main stakeholder groups in this way, grid numbers can only proliferate.

The mid-term adjustment was the sort of thing that might be expected of a fledgling championship. Bute Motorsport wants to ensure that it gets everything right – especially its handling of entrants’ needs – to give its series the best chance to grow into its potential of being the trusted first step on the prototype ladder.

The other major change, implemented at the end of the season, was the switch from Pirelli to Michelin tyres. Michelin is used by the other ACO-sanctioned competitions, so it made sense to bring the LMP3 Cup in line with its continental cousins.

Undoubtedly, the entries for 2017 weren’t up to the levels expected at the start, but the steps taken by Bute are the right ones if numbers are to improve for the sophomore season. Prospective entries are already making themselves known, drawn in by the category’s cost-effectiveness and the championship prize of a full-season MLMC entry the next year.

It’s also worth mentioning the case of grid diversity, which is a factor that has been out of the LMP3 Cup’s control.

Ligier has been the dominant chassis in LMP3 for two years now, and although the belated offerings from ADESS and Norma are incrementally working their way into the European races, they are still not enough to pad out entire championships.

Ligier can’t keep every series running by itself (it currently has a majority presence in the LMP3 Cup, MLMC, ELMS and IMSA Prototype Challenge in North America), so it needs other constructors to take some of the weight off and contribute to the entry.

In short, the health of a category rests largely on the strength of the competition. The LMP3 Cup will be hoping that other manufacturers besides Ligier recognise that there is a growing demand for entry-level prototype racing on a national scale, because if they do, the category as a whole will go from strength to strength.

The first year of the LMP3 Cup can be best described as adventurous. It was always going to be under pressure to get off the marks quickly because of its ties to the ACO and Le Mans.

It has managed well, and adjusted its structure to rectify the things that haven’t quite gone to plan. It knows its driver markets, and is tailoring its structure to their wants and needs. The product is exactly what many fledgling racers are now looking for in their pursuit of a professional motorsport career.

Single seaters aren’t the only option anymore: sportscar racing has infiltrated all levels of the pyramid.

Season two will be crucial in establishing the LMP3 Cup as a cornerstone of the national racing scene. It has the potential, and the organisation, to be a major championship capable of producing teams that can go on to find success on the biggest stage of all – Le Mans.

Drivers of the year

Joined the championship for Silverstone only, but made an instant impression. Set the fastest lap in both races, and would have won each had he not been forced to take longer pit stops because of his decision to run solo. Still gained two podiums and demonstrated that the LMP3 Cup is an effective place for young drivers to get noticed.

Announced himself on the ‘LMP’ package with an excellent season, following on from previous successes driving Radicals. Stood out with McCaig as a prospective champion at the opening round, and delivered on that initial promise with critical performances throughout the year. Used the LMP3 Cup to supplement his race-winning MLMC campaign in Europe with Nielsen.

The 21-year-old Brit came on leaps and bounds in his first year of sportscars. Started the campaign conservatively, but kept improving to the point that he became a race winner in the toughest field of the year at Donington (in the wet, no less!). Wasn’t in the championship fight, but proved his ability to mix it at the sharp end when called upon.