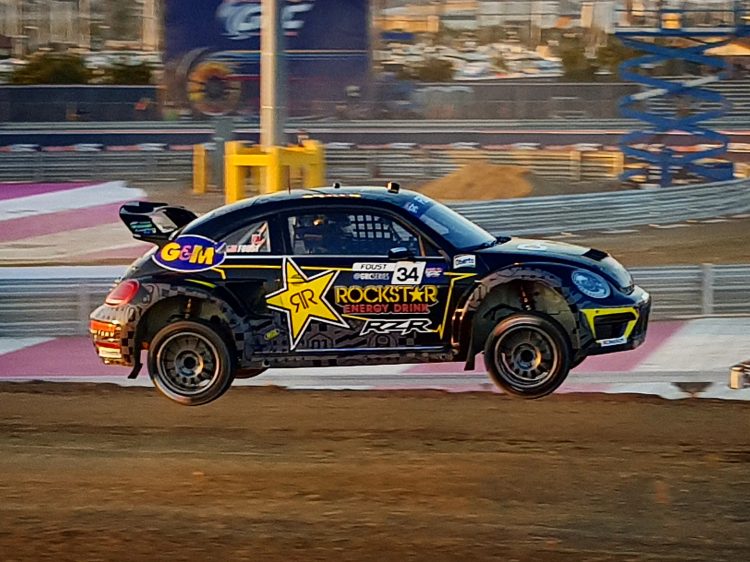 Tanner Foust has claimed pole for the title-deciding Red Bull Global Rallycross round in Los Angeles, edging team mate Scott Speed by less than two tenths of a second.

Speed, who has won in LA four times from six starts paced both practice sessions, but was unable to beat Foust, who he leads in the championship by 30 points.

Both Volkswagen Andretti drivers made a slow start to qualifying, crawling around the 0.654 course during their first run, putting them at the bottom of the 10 car field. They picked up the pace during their second run and, helped by the improved grip from the surface after the top level of dirt had worn down, set the two quickest times of the session.

Fresh from spending the Seattle double-header event on the sidelines, Cabot Bigham put in his best qualifying performance of the year with the third fasted time at his home event.

Subaru led the first half o the qualifying session, until improved track conditions for later runners meant that Chris Atkinson and Patrik Sandell slipped down to seventh and eighth. Oliver Eriksson and Austin Dyne rounded out the supercars field.

Red Bull GRC Lites qualifying takes place on Saturday morning before the first round of Supercars heats. Conner Martell and Alex Keyes set the pace in the practice sessions for the one-make series.