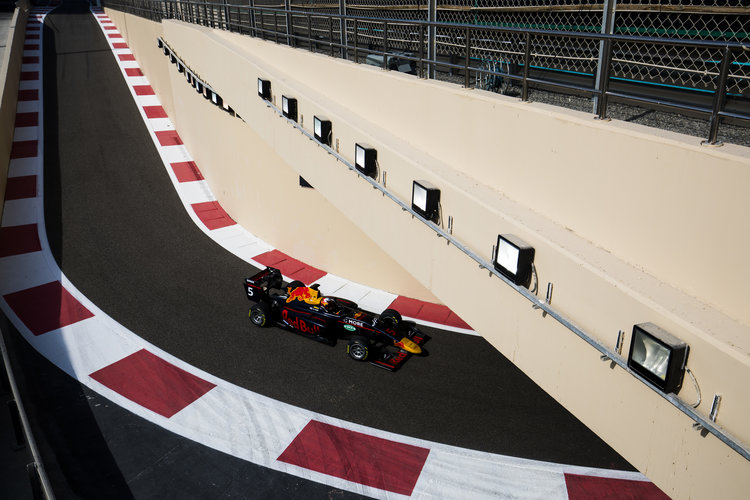 The final practice session of the 2017 GP3 Series at Yas Marina ended with Niko Kari quickest.

Kari waited until the final moments to put in his fastest lap, with his time coming after the chequered flag had dropped.

The session opened, as expected, under warm and sunny conditions with a number of drivers spending time at the top of the timesheets.

Nirei Fukuzumi was the first driver to dip under the two minute mark with: Kari, Dan Ticktum and Leonardo Pulcini swapping P1 amongst themselves until Dorian Boccolacci grabbed the top spot which he held until the dying moments as drivers carried out race simulations.

In the final five minutes remaining everyone turned their attentions to one lap pace once again. Anthoine Hubert, Giuliano Alesi, Kevin Jörg, George Russell, Kari and Fukuzumi swapping the ownership of P1 before Boccolacci reclaimed the top spot with two minutes left of the session.

Ticktum went purple in sector 1, soon overtaken by Boccolacci with the Frenchman believing he had done enough to secure P1 and slowing in the second sector only to hear Kari had claimed P1, leaving him with no time to improve as he rolled to the flag.

Behind the top three, Ticktum, Russell, Hubert, Raoul Hyman, Pulcini and Arjun Maini were among 14 drivers within a second of the top spot.