While the F4 British Championship may still be young, the records Jamie Caroline set this season may stand for some time as he secured the title with two races still to run. The Carlin driver could have secured it much earlier though after failing to win in the final three rounds.

In fact, while many will remember Caroline’s eight wins in 10 races, which included the first ever triple win during a weekend, the Pirtek racer would only have just finished third had the season consisted of the final six rounds after his glorious run.

Caroline was by no means infallible, but knew what he had to do during the second half in order to stay ahead of the chasing Oscar Paistri and Logan Sargeant.

Piastri had made a consistent start to his campaign, though was proof that Caroline’s early success was largely down to his rivals inability to pick up points when it mattered. While Sargeant, who had beaten Piastri in UAE F4, never finished outside the top six during the second half and would have won the series had it only counted those final six rounds.

Despite this, Caroline was far from laid back and with 10 wins and more points in a single season than Lando Norris, just two years after securing the title in Ginetta Juniors, will now look for a career beyond the ToCA package.

The year though will be marred by one incident as Billy Monger was forced to cut his season short. This left the door open for a fascinating Ford F4 Challenge Cup battle that saw Marcus Ericsson come away with the crown. 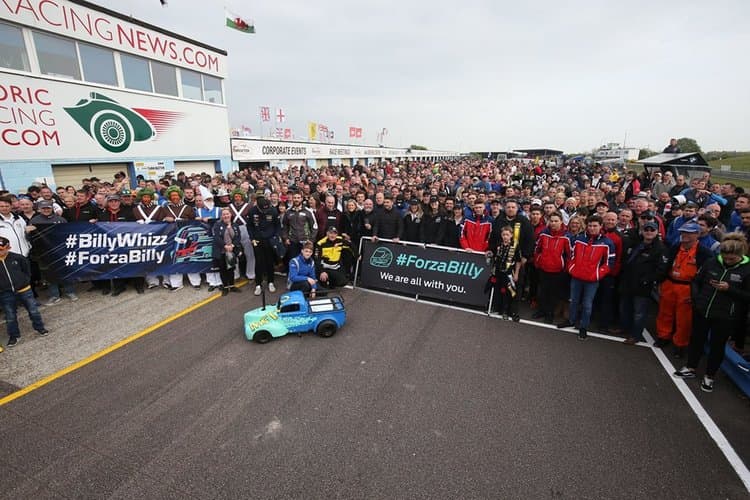 Coming into the first weekend, many knew the Carlin’s would be quick, with Sargeant and Caroline having topped a number of pre-season test sessions.

Caroline though was immediately on the pace, setting pole position and taking the first win of the year at the track he recorded his only win in 2016. Alex Quinn, who’d signed a last-minute deal with TRS Arden due to lack of opportunities took second as Caroline was almost untouchable in the Sunday Brands Hatch Indy encounter.

The reverse grid event had seen Ayrton Simmons take a win, ensuring Arden’s Quinn, Simmons and Piastri were seen as the closest challengers, a stark contrast to what Winter had suggested.

Going into the second round at Donington Park, Caroline was still the man to beat, but now faced his first true opposition. Linus Lundqvist had won the Formula Renault 1.6 Nordic title last season and in terms of raw speed proved to be the only man who could genuinely hold a candle to the Carlin.

Lundqvist took pole, but Caroline beat him off the line to secure another win. He then did the unthinkable, winning the reverse grid race from Cup competitor Oliver York and suddenly thoughts turned to a triple win.

The final race would be marred though. A spin from Monger at the star saw him fighting his way back up, but as he was battling with other cars smashed into the back of the almost stationary Patrik Pasma, whose car had run into technical issues.

Monger remained in the car for 90 minutes before finally being extracted. He was forced to have his lowers legs amputated. As someone who watched the incident live, it will remain with me for some time. Lundqvist took a sombre victory.

While the field processed the accident on Monger, Caroline, a close friend, would vow to finally claim all three wins in a weekend. He did this at the following round in Thruxton, to the support of the fans.

The feat was more impressive considering he had not started on pole for any race, with the resulting battles for second providing some of the best action of the season.

Going into Oulton Park, Caroline lead by over 100 points from Piastri. Caroline’s Crusade would continue in the opening race, but came unstuck in the reverse grid feature, when an overtake on teammate Pasma went wrong spinning and flipping the car into Old Hall, resulting in his first retirement of the year.

This finally allowed Piastri to take a maiden win, as a coming of age round by Oliver Webb saw him beat York to Challenge Cup wins. The final race was cancelled due to the delay of Caroline’s recovery, though came away with no major injuries.

Jamie Caroline (#38) would win ten races, a record, over the course of the season (Credit: JEP)

A Change In the Waters

After Caroline’s dominance, a change came at Croft with the championship leader failing to record a single podium. Instead Piastri and Sargeant took podiums, while York and Lundqvist won the races. After the four retirements in five rounds, Lundqvist was on the back foot, but showed himself to be untouchable when he had luck on his side.

Piastri’s triple podium continued into Snetterton, where he took two wins, with Caroline taking the reverse grid result. Podiums for Lundqvist also helped him close the gap as the series arrived in Knockhill.

With the final Oulton race cancelled due to Caroline’s accident, an extra race was scheduled in Scotland where Caroline took his final win of the year. Piastri meanwhile took two further wins, while a poor Lundqvist saw him fall him as Sargeant slowly caught the leaders after another two podiums.

Despite his strong results, Sargeant had still yet to record a win, a duct that was finally lifted at Rockingham when he scythed through to take the final race of the weekend. Elsewhere, Lundqvist and Quinn took further wins.

Piastri’s championship chances had just seemed to have vanished though. A double retirement and tenth place saw Caroline regain the ground he’d worked so hard to close down with just two rounds to go.

Caroline did have the chance to seal the title in Silverstone, but another win and two further podiums ensured Piastri would drag it onto the final round as Sargeant finally dropped out of contention despite another win.

The Carlin drivers task was simple going into the final round. Stay ahead of Piastri. He only needed 7.5 points over the whole weekend, but almost ruined his chance when a collision with Quinn sent him through the gravel in the first corner.

Caroline though put him one of his champion drives to scythe back up the field and claim eighth when a red flag was flown. While the position was not enough on its own, Piastri could only record a fourth handing Jamie a surprise finish to his title campaign.

Piastri would claim second overall, after holding off the advances of Sargeant in the latter rounds as all eyes turned to the Challenge Cup.

Harry Webb and Ericsson went into the final equal on points, but the Cup was wrapped up in the first lap as slow starting cars and a greasy track sent the Richardson Racing driver into the pitwall. Ericsson meanwhile came home for his first overall podium and the title that went with it. 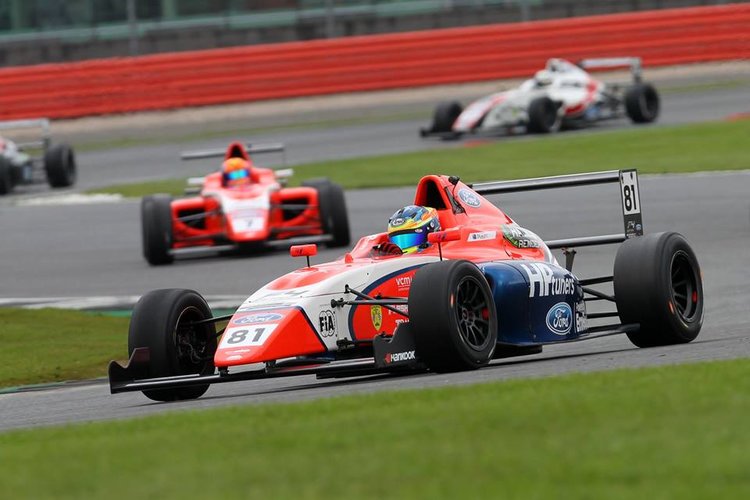 Elsewhere, a win in the season finale secured fourth place for Alex Quinn. The 17-year-old may have been the defending rookie champion, but lack of finance looked to leave him without a seat.

With TRS Arden’s Olli Caldwell not old enough to race until mid-season Quinn was handed the carf for the opening four rounds, but was given another lifeline as Yves Baltas fell out of the team after the second round. Quinn stormed to four wins, with three coming in the final three events. A move to BRDC British F3 looks likely for the cash strapped karting star.

Lundqvist would finish the year fifth in the standings, but the result arguably underwhelmed his achievement. He came into the year unfamiliar with the type of car and tracks and on raw pace was the only driver who could hold a candle to Caroline. His do-or-die attitude would often cost him, but was always entertaining to watch.

Behind him, York would drop to sixth overall after his glorious start. While he had intended to only compete in the Challenge Cup, it was soon obvious he was a contender for the overall title, winning two races and becoming the highest karting graduate.

Rounding out the front-runners would be Simmons and Pasma. Very often forgotten as the third drivers amongst their teams, Simmons may be disappointed to have been on par with Caroline who he had regularly beaten in 2016, while Pasma continues to learn to learn the F4 car.

The highest of the midfield drivers was Karl Massaad with the Lebanese driver showing flashes of brilliance that would eventually see him pick up two podiums. A title bid may be on the cards should he return.

The Cup would ensure that many drivers would miss various rounds, but despite this Ericsson would be tenth overall, ahead of rival Webb and Monger, who despite only able to take part in the opening two rounds, still finished twelfth ahead of teammate Manuel Sulaiman.

Caldwell’s second half campaign allowed him to take fourteenth, while Jamie Sharp‘s year as an independent faded off in the final rounds, recording fifteenth.

Caroline has yet to announce his place for 2018, but his dominance in one of the most competitive FIA F4 series in the world will hold him in good stead, even if he was overlooked for the McLaren Autosport BRDC Award.

By Paul Hensby
9 Mins read
The Checkered Flag takes a look back at the 2021 Formula 1 season and ranks the top ten drivers of the year.
F4 British ChampionshipGB3