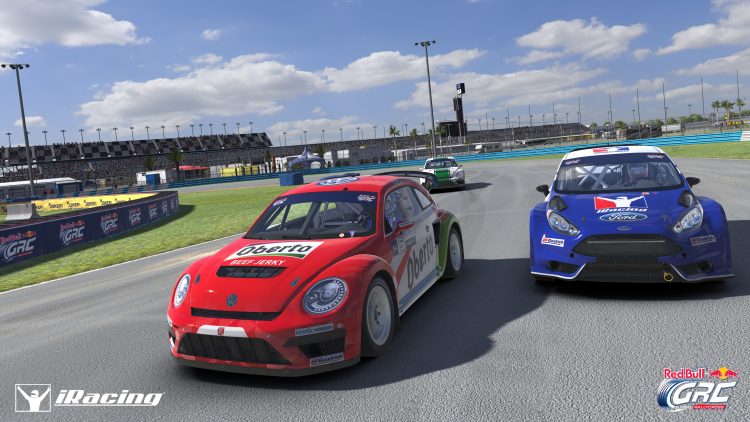 A number of top NASCAR drivers have praised the officially-licensed Red Bull Global Rallycross expansion to iRacing that was released this week.

Developed by a number of drivers in the series, including three-time champion Scott Speed, it adds both the Volkswagen Andretti Rallycross Beetle, and the M-Sport Ford Fiesta, along with six real-world liveries used by Speed, Steve Arpin, Austin Dyne, and Cabot Bigham. There’s also five course layouts including Daytona International Speedway and Lucas Oil Raceway.

Red Bull GRC on iRacing has already been massively popular, and several top NASCAR drivers have been praising the expansion on social media. 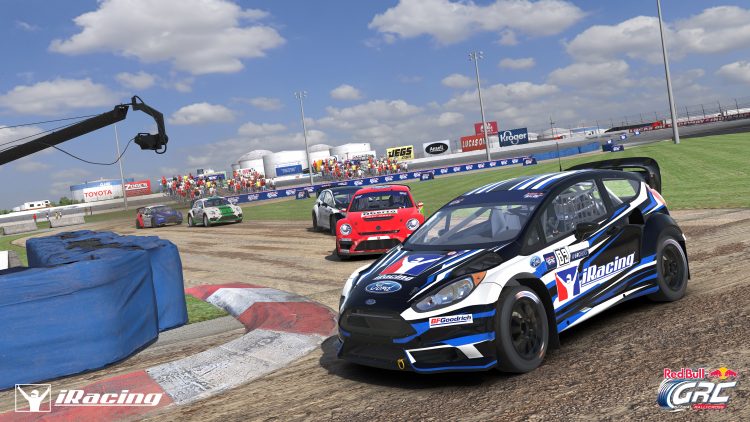 2017 NASCAR Trucks champion Christopher Bell also called it “the most fun I’ve had on iRacing”. Michael Annett was another driver to praise iRacing GRC expansion on Twitter.

The simulation is the most realistic virtual representation of rallycross to date, and it’s even led to some drivers wanting to try the series for real following their online experiences. Bell said he would “love to get to drive one”, while Matt DiBenedetto also said “I want to drive a GRC car in real life so bad I can’t stand it!”

Thanks for all the hard work scott! Running these cars have been the most fun I’ve had on @iRacing

I would LOVE to get to drive one!

I did, ran the course @iowaspeedway. Those cars are so much fun to drive, fun track too.

I want to drive a GRC car in real life so bad I can’t stand it!! https://t.co/Az2ZgAx4iL

By Justin Nguyen
2 Mins read
Dale Earnhardt Jr., Red Farmer, and Mike Stefanik have officially been immortalised in NASCAR history as they were inducted into the NASCAR Hall of Fame as the Class of 2021.
NASCAR

By Robert Percy
1 Mins read
McLaren’s Formula 1, IndyCar and Extreme E teams and the McLaren Shadow eSports team will have their 2022 launches on the same day!