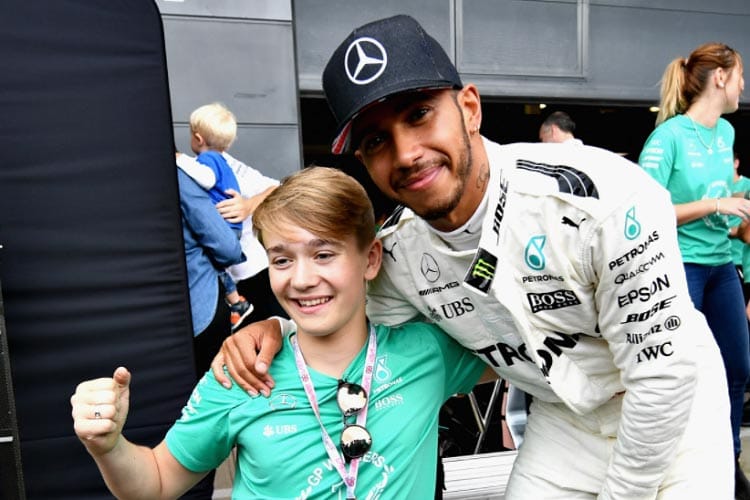 British racing driver Billy Monger has been nominated for the Best Sporting Moment at this year’s Laureus World Sports Award.

The category is designed to celebrate sportsmanship, dedication, and the true values of sports.

Each month between August and December last year, fans from around the world voted for their favourite moment from six shortlisted videos.

Monger’s recovery after his crash at Donington Park last April was one of the five monthly winners. He now goes head-to-head with the four other finalists to win the public vote, with the winner being announced at the 2018 Laureus Awards Ceremony in Monaco next month.

“When the accident happened, everyone pulled together to help me,” said Monger. “Being nominated for such a prestigious and international award like the Laureus World Sports Awards in the Best Sporting Moment of the Year category is testament to all those people that have helped me and my family since the accident.

“I want to inspire people and demonstrate that disability shouldn’t prevent you from following your dreams.

“Lewis Hamilton was one of the people who supported me. He’s been amazing and helped me so much. I hope that he gets nominated and wins the Sportsman of the Year Award.”

Monger is now aiming to return to the track and will have his first single-seater test since his accident this month.

Ferrari’s Kimi Raikkonen has also been nominated for the award. The moment when the team invited a young fan to meet his hero after Raikkonen crashed out of the Spanish GP made the shortlisted.

Also nominated are Bradley Lowery and Jermain Defoe, the Iowa Hawkeyes for the ‘Kinnick Wave’ and the Chapecoense football team. The winner will be announced on the 27 February.