Newgarden’s first taste of the rallycross machinery came on Saturday when he took to the track in Norway in practice. Despite having a brief hiccup when he hit a snow bank late in the day, Josef was pleased with his first running in the discipline, stating that the car was ‘awesome’ to drive.

“It’s been a blast. It’s obviously very different to what I’m used to,” said the 2017 Verizon IndyCar Series champion, “You have to drive this car sideways all the time. You can’t not be doing anything – you have to either be on the brakes or on the throttle or on the handbrake. It’s been tricky to get my brain around what I need to do and the biggest thing for me right now is finding consistency, but it’s an awesome car to drive, especially on the ice.”

“I like the fact that you have to drive it hard – you can’t relax at any stage. I realised very quickly that as soon as you stop doing something, the car stops working. I’ve just been trying to figure out how to use the brakes, how to pitch the car in and how to get back on the throttle – it’s all very different in terms of the technique, but hopefully now I’ve got a little bit of an idea of what I need to do to be competitive.

For me as a driver, it’s a great opportunity to learn a new skill set – getting that diversity in your toolkit I think helps you a lot. I’m enjoying it and I think it’s going to be fun to try and figure it all out this weekend.” 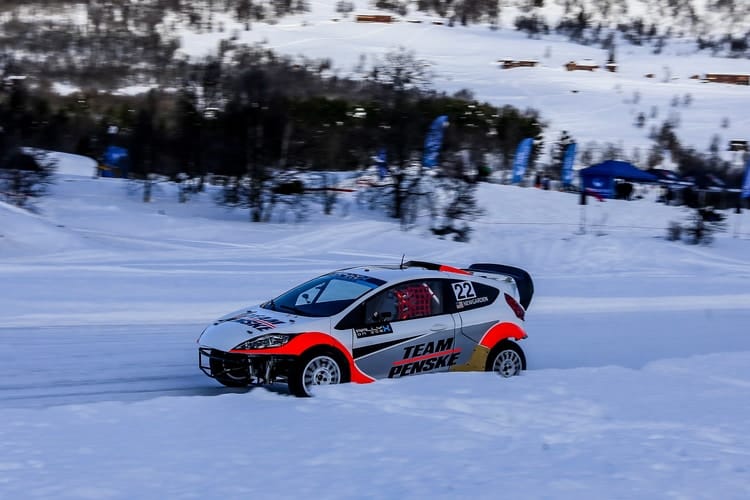 The rallycross car is a whole new world from Newgarden’s usual surroundings. Having spent his whole career racing single-seaters, not only did Newgarden have to get accustomed to racing with a roof over his head, but he also had to get used to driving off-road. That change can be difficult enough at the best of times, but especially when he’s racing on ice with some of the best rallycross drivers in the world:

“It’s almost like I’ve never raced before!” said Newgarden, commenting on the learning curve of driving a rallycross car for the first time, “It’s not quite that dramatic, but the technique is so new to me that you have to forget everything you’ve learned from an open-wheel perspective or in karts. I think that’s fun, though. It forces you to try something different and to adjust and that, to me, makes you better at the end of the day. I’m enjoying the challenge and hopefully, if I get on top of it a little bit more, I can be competitive for the races.”

“It would be great to be able to bring this car and series to the States,” Josef added, “I’d love to do it if it was a little bit closer to home, but at the same time, it’s fun to come to Norway. It’s beautiful to see this country and everybody’s been so welcoming. I couldn’t turn this opportunity down. As soon as Team Penske told me about it, I was ready to rock!”

After Newgarden is finished sampling the world of rallycross in Norway, he will head back to the United States to continue preparing for the upcoming 2018 Verizon IndyCar Series. Josef will kick off his title defence in the season-opening race, the Grand Prix of St. Petersburg, which takes place on March 11.