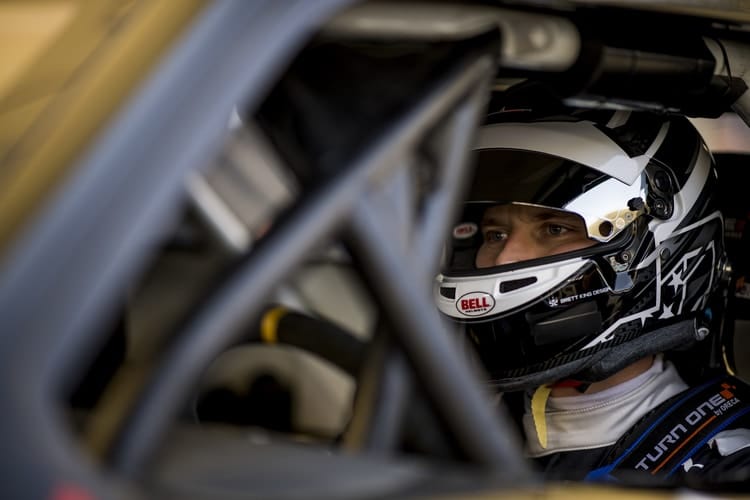 Reigning Verizon IndyCar Series champion Josef Newgarden has underlined his excitement ahead of his rallycross debut this weekend. The American driver will race for the highly successful Olsbergs MSE team in this weekend’s third round of the RallyX on Ice series that will take place in Ål, Norway.

Newgarden will drive a Team Penske liveried RX2 car, formerly driven by fellow American Austin Cindric. Newgarden states that he has watched back some of the events that Cindric ran to prepare himself for his debut.

“Now that I’ve seen the couple of races that Austin has run, I feel like I have a better idea as to what I’m getting into,” said Newgarden, who won the 2017 Verizon IndyCar Series for Team Penske, “This will still be a huge challenge and undertaking for me, but I’m more than excited for the opportunity.

Newgarden recently took part in the 2018 Race of Champions held in Riyadh, Saudi Arabia. The experience has given Josef a little more experience in driving different cars that are worlds apart from his usual habitat; the Chevrolet IndyCar single-seater.

“I got the chance to drive a lot of different cars at the Race of Champions a few weeks ago, which will hopefully help me to adapt,” Newgarden stated, “but I don’t know anything you can do to try and adapt to racing on ice. No matter how it goes, I’m looking forward to the experience and I think it will be a lot of fun.”

Newgarden’s Olsbergs MSE team-mates will be series regulars and brothers Oliver Eriksson and Kevin Eriksson, as well as the reigning FIA European Rallycross Champion Robin Larsson. The siblings and the team are coming to the event this weekend with great momentum, having taken two wins out of two so far. Oliver took the win in the season-opener at Östersund, with older brother Kevin following that up with the win last time out at Höljes.

OMSE will be hoping to make it a hat-trick of victories this time in Norway, with their hopes placed upon the Eriksson brothers, Larsson and newcomer Newgarden. Josef stated last month, when the news came out of his entry into the series, that his excitement was mixed with a little anxiety, as he has not raced in an event like RallyX on Ice:

“I’ve been able to see some videos and pictures and it looks like a lot of fun, but also quite challenging. It will help to bring out our pure driving skills, for sure. I look forward to the challenge and hope I can represent Team Penske and IndyCar well.”

The event gets underway this weekend on Sunday, with coverage provided by Motorsport.com’s online Motorsport TV channel.