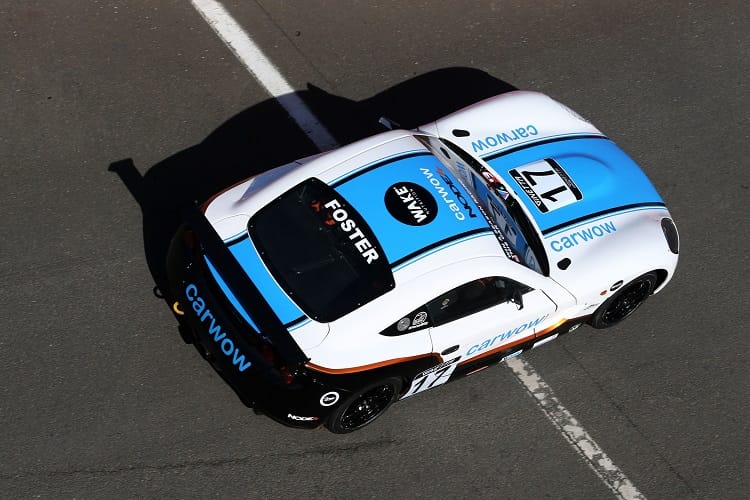 Foster, who finished top rookie in the Winter Series last November, is aiming for an overall win before the end of the season.

He could only manage 11th fastest at the championship launch day at Brands Hatch, but believes he’ll be able to run competitively when the season starts next month.

“Testing has gone well ahead of the season and I’ve had the chance to run at a number of circuits to improve my knowledge and to gain a better understanding of the car,” he said.

“The season launch marked my final test ahead of the opening rounds and I feel it went well. It took a little while to get dialled into the circuit as I haven’t been to Brands Hatch for a few months and the conditions were quite tricky in the opening session.

“However, I got quicker as the day went on and was happy with the times I was setting in the final sessions, where I was within a few tenths of a second of the quickest times.

“Looking at how close things were on the times, I’m expecting it to be a very competitive season ahead but I feel the experience I gained from the three rounds I did last year and the Winter Series will put me in a good position compared to my fellow rookies.

“My focus this season is firmly on challenging for the rookie title and I also want to try and pick up an overall win before the year is over.”

By Maurice Henry
3 Mins read
Maurice Henry continues to learn and gets us up to speed with what is happening on and off track in July.
FeaturesGinetta JuniorMaurice Henry Column

Maurice Henry Column: Busy times, on and off of the track

By Maurice Henry
5 Mins read
June is a busy month and at the time of writing, it still isn’t over! So far i’ve done a test day…