Harrison Takes Flag in First JCW Race of the Year 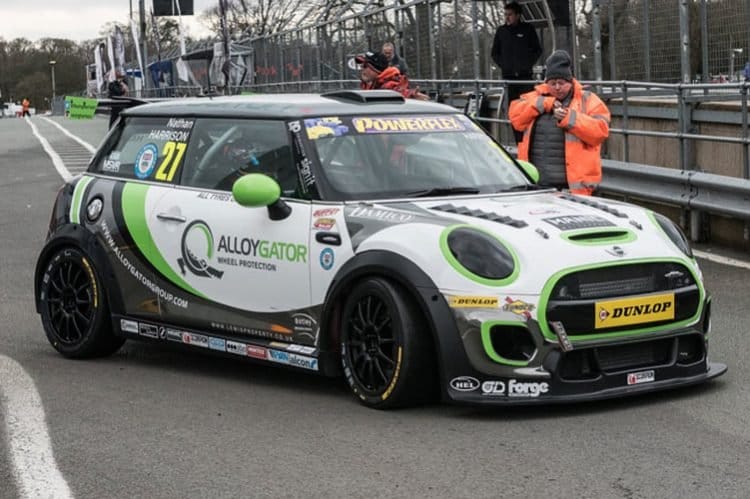 Nathan Harrison was the happiest man at the end of race one on Monday. The Excelr8 Motorsport driver was in a class of his own as he kept clean to clinch the first MINI Challenge – JCW event at Oulton Park.

The race started under Safety Car with polesitter Jordan Collard up front and leading Ant Whorton-Eales away through Old Hall. As for Matt Neal, he failed to even start, pulling off while under safety car.

Collard could not keep his advantage though, with Whorton-Eales taking the advantage into the hairpin. Harrison followed him through with the pair breaking away from the pack. A mistake from the Jamsport driver allowed Harrison to inherit the lead on the fifth lap with Collard dropping away.

Despite the treacherous conditions, most cars appeared to remain stable, with Paul O’Neill up to third and holding up Collard and Luke Reade.

As the drivers came to the line, it was Harrison who took the win, a second ahead of Whorton-Eales who will rue his mistake that cost him the full points. The podium was rounded out by Collard who recovered from a poor opening two laps to break away from those behind.

O’Neill would fail to come away with any silverware, though was almost unchallenged towards the end as Reade fell into the clutches of Lawrence Davey. Behind them, David Robinson beat privateer, Joe Tanner, with Henry Neal and Lewis Brown completing the top ten.

With the top eight reversed, Tanner will start on pole alongside Robinson.