Marcello Lotti – “The success of TCR is that we haven’t changed anything!” 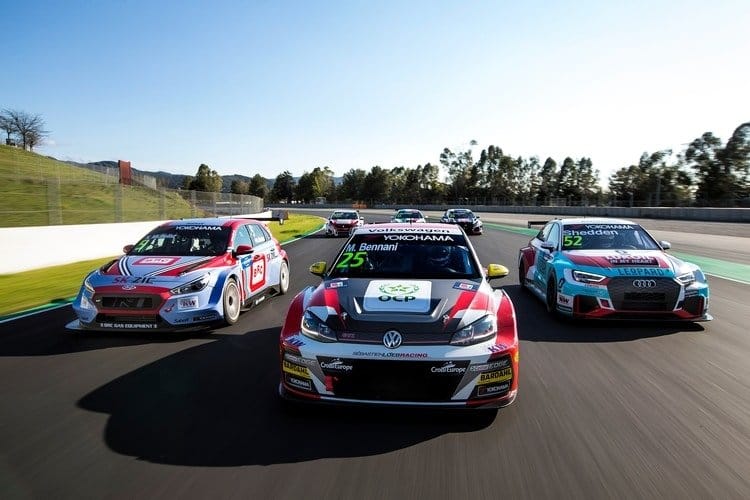 With the TCR UK Series getting underway over the Easter weekend, The Checkered Flag was granted the opportunity to speak with the man behind the TCR Concept: Marcello Lotti. During the interview, we not only discussed the TCR UK Series, but also the success of TCR itself.

As more and more TCR Series continue to grow around the world and this year sees the start of the new FIA World Touring Car Cup (WTCR) that uses the TCR regulations, I asked Lotti about an idea that a lot of fans have discussed regarding an event that started twenty five years ago in Italy and how this could be incorporated into TCR.

A lot of fans remember the FIA Touring Car Challenge back in the 1990’s where over 40 of the worlds best tintop drivers raced in a one off event against each other. Is this an idea that you would consider bringing into the TCR Family?

“This is a good opportunity for an idea that I have where the Champions of all of the TCR Series around the world are ranked in a handicap system similar to Golf. This is another sport that I enjoy and I can use the handicap system in the TCR Concept,” Lotti remarked.

“The best drivers from the various TCR regulated series will then take part at a grand venue with a large sum of prize money on offer. This idea is on my desk waiting for me to put more time and thought to but look out for a future announcement about this opportunity.”

Lotti’s dream of allowing young drivers the chance to race the same cars at home and around the world is a successful reality. Credit: BRSCC / TCR UK

Looking back on the success of the TCR Concept, is there anything you would want to change about TCR or do you feel its already the perfect package?

“No, If anything I feel that the success of TCR has been because we haven’t changed anything from the day the concept was announced. I felt that a common set of regulations was needed to unify Touring Car racing around the world,” explained Lotti.

“Twenty to thirty years years ago we saw a time where International Touring Car Racing was in a mess with lots of different regulations taking place around the world that favoured the Manufacturers and not the Independent drivers and teams.”

Lotti went on to explain that his original vision for TCR was in regard to home grown driving talent having the chance to race in their own domestic series that would also form part of a ladder that would lead to larger series that use the same regulations.

“So my dream has been to create a concept where a young driver can race in his home country in the same set of regulations that are also used in the World Championship, this way it provides a ladder for the driver to climb up and afford his racing as well because he can still use the same car,” Lotti explained before going on further.

Drivers from Domestic TCR series have moved on to Regional TCR series as a natural progression. Credit: ADAC Motorsport

“Now that we have TCR Europe, TCR Asia and WTCR this year this is the perfect opportunity for any young driver to start his Touring Car career and to begin to make their plans to progress to the World Stage and race against the best of the best.”

“We have many drivers around the world who want to be the next World Champion and they have the chance to do this in TCR machinery at every level of competition, be it at Domestic, Regional and World Championship level.”