Smalley Converts To Pole To Opening Win Of 2018 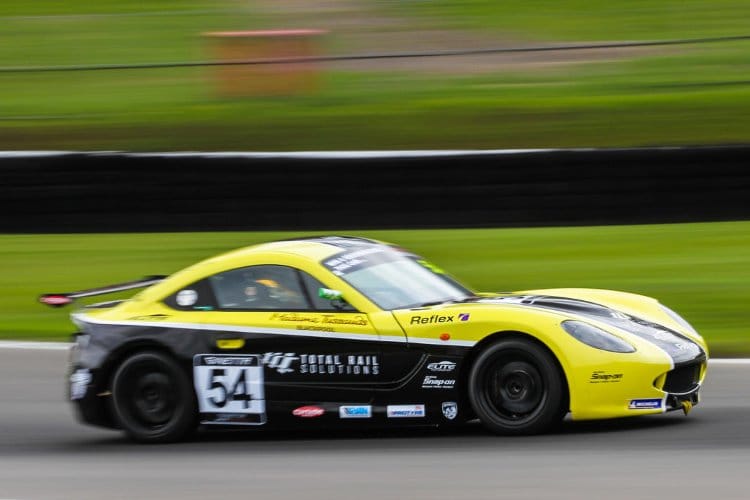 Adam Smalley emerged from a thrilling three-way battle with Finley Green and Ruben Del Sarte to take the first win of the 2018 Ginetta Junior Championship.

Smalley led the way in qualifying as the three were split by less than three tenths of a second, and they remained that close throughout race one.

The reigning Winter Series champion would lead the way for the first portion of the race, before he slipped back to third on lap eight as Green assumed the lead.

That would be short-lived however as Smalley fought back to regain the advantage on lap ten and he would hold it for the remainder of the race to take victory.

He would break clear in the closing stages as Del Sarte and Green battled for second, with the former taking the position by just over a tenth of a second.

An impressive showing from Louis Foster would see him fend off a race-long challenge from Luke Browning to take fourth overall and the Rookie Cup win.

After briefly losing the spot to James Hedley, Greg Johnson fought back to complete the top six ahead of his Elite Motorsport team-mate Hedley, the second Rookie driver.

That impressively made it six Elite drivers in the top eight, with Abbi Pulling next up ahead of her TCR team-mate Hawkey and the current Scholarship winner James Taylor.

Twenty of the twenty-one drivers reached the race finish, with debutants Jamie Osborne and WDE Motorsport the only unfortunate retiree.