Forty-three Porsche Take On The ‘Ring for 24 Hours Nürburgring

Porsche will field 43 911 and Cayman racing cars at the 24-hour race on the Nürburgring. The cars and their drivers will tackle Germany’s biggest automobile race on the 24.38-kilometre combination of the Grand Prix circuit and the Nürburgring-Nordschleife this weekend.

The Stuttgart marque is the most strongly represented in the field of around 150 cars in this the company’s “70 Years of Porsche Sports Cars” anniversary year. 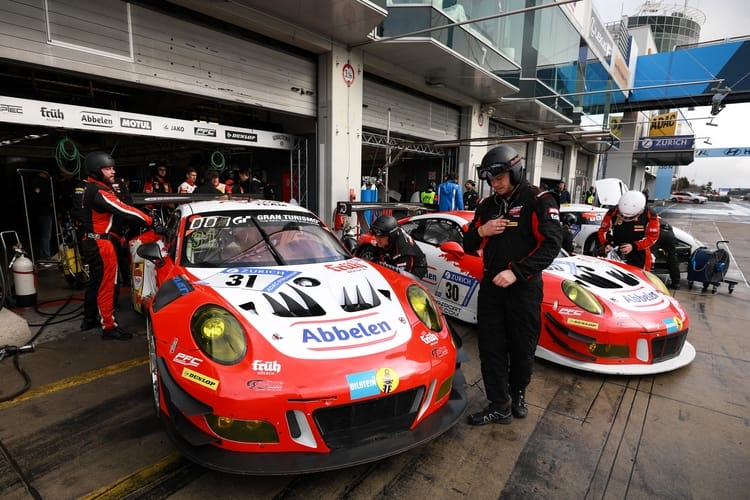 “We’re delighted with our customers’ extraordinary trust. This year, there’ll be more Porsche race cars contesting the Nürburgring 24-hour race than at most other editions of the race,” says Sebastian Golz, Project Manager 911 GT3 R.

“Preparations have been completed in close cooperation with the teams and everything has gone to plan so far. The VLN 1 win and double pole at VLN 2 have underlined that the 911 GT3 R is well ironed out. We’re very interested to see how we’ll perform in close collaboration with our customers against strong opposition from other manufacturers.”

For the 2018 season, the Porsche 911 GT3 R received a technical update which includes a new front lid for the optimisation of thermal management plus side flicks to improve the aero balance.

On Friday the 11th of May, Porsche fans can catch a glimpse of the future in the Ring Boulevard, the 2019 successor to the successful 911 GT3 R will be revealed at a public press conference. We will, of course, bring you full details of the new car as soon as we can.

By Michael Callander
2 Mins read
BMW have announced that the new M4 GT3 has already clocked up 12,000 kilometres while testing in Spain. It’s set for a competitive debut in 2022.
Nurburgring 24 HoursNürburgring Endurance SeriesSportscars