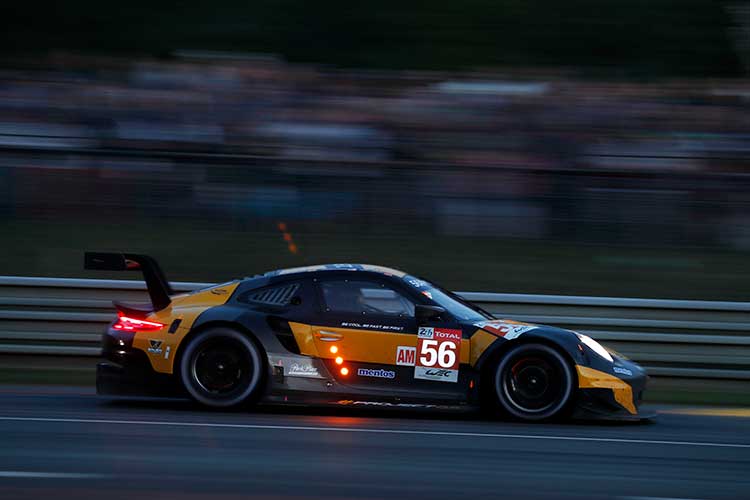 In their twenty-fifth year, Team Project 1 had a dream come true on Sunday 17 June 2018 at 3pm local time in Le Mans, France.

The Porsche specialists who have won multiple titles in Porsche Carrera Cup Deutschland and Porsche Mobil 1 Supercup had just crossed the finish line for their debut at the 24 Hours of Le Mans.

“We survived the baptism of fire,” said team boss Axel Funke. “Our goal was to see the black and white chequered flag. We succeeded with seventh position. This achievement is due to the dedicated work of all concerned. Especially our bronze driver Egidio Perfetti showed an outstanding performance.”

Porsche veteran factory driver Jörg Bergmeister set the pace for the team in qualifying with a time of 3:52.985 in the first session, this would be good enough to claim sixth in class.

Throughout the race the team showed strong pace, and following a shaky start moved up to second in the GTE Am class at one point. 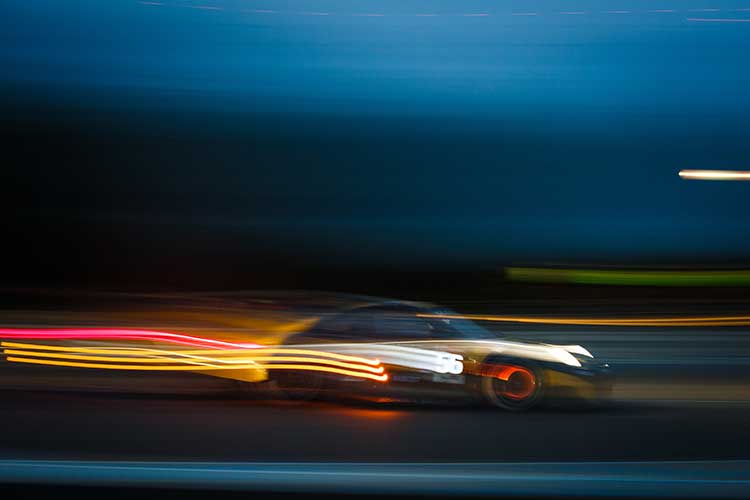 During the early hours the #56 Porsche 911 RSR was holding strong in fourth place, unfortunately an issue with the brakes in the 90 minutes before the end of the race saw the team fade away from the battle for the final podium position.

The car would cross the finish line in seventh place at the end of the 24 hours of racing, an impressive 332 laps were turned in that period, only three laps down on the class winners.

“It was a race with many ups and downs,” commented Bergmeister. “Overall, the whole team did a great job and never gave up, so we finished in seventh place.

“The car was very good, we were always one of the fastest amateur cars in the field. Without the extra stop, there would have been more. But the trend is right, we’ve improved a lot compared to Spa and are now aiming for the first podium finish at Silverstone.”

With the 24 Hours of Le Mans counting for one and a half times normal FIA World Endurance Championship points, the team recorded some valuable experience along with their points.

“The 24 Hours of Le Mans was an important milestone for the team,” said Patrick Lindsey. “Such a long distance race is never easy, but we have gained important points for the championship.

“When I got into the pits with the brake problems, the team worked perfectly together so we could quickly resume the race. Kudos to the whole squad for using throughout the weekend. “

Bronze driver Egidio Perfetti was happy with his debut performance, “It’s a great experience to be here. The race demands everything, you can not lose concentration for a second.

“We have been in a promising position for a very long time, so of course it is disappointing to fall back with a braking problem so close to the end.

“All in all, I am very happy with my debut here in Le Mans. The atmosphere throughout the week is unique. I’m happy with my personal performance. My stints were all very consistent, that was my goal for the race.”