Lloyd Prepares for the Challenge of Castle Combe

This weekend sees the 2018 TCR UK Series move to the Castle Combe circuit in Wiltshire for rounds seven and eight where Daniel Lloyd is full of confidence about the rest of the season ahead.

With recent confirmation that he is now committed to the rest of the season, Lloyd is looking to both defend and extend his Championship lead in the WestCoast Racing Volkswagen Golf Gti TCR at a circuit which has not seen top level Touring Car racing previously. 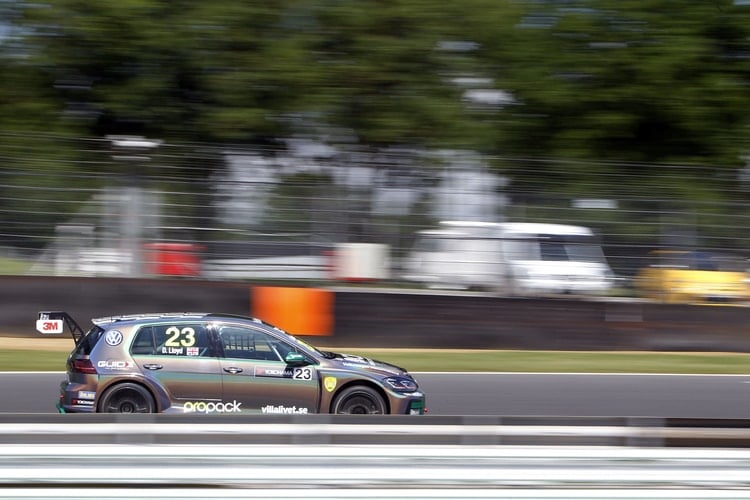 Lloyd is back in action in the TCR UK Series at Castle Combe this weekend. Credit: BRSCC / TCR UK

“I can’t wait to get back in the car this weekend, it’s been a mega season so far on track and feels like an age since we were last out at Brands Hatch,” explained Lloyd.

“As a direct result of the fantastic local support we had, we managed to secure additional funding to continue the rest of the season. This weekend will be their first TCR UK meeting with us so I’m hoping I can repay their faith in me.”

Lloyd’s six wins out of six race meetings means that has has a ninety nine point lead  in the Drivers Championship, whilst WestCoast Racing currently enjoys a two hundred and fourty point lead atop of the Teams’ Standings.

With six wins out of six, the Huddersfield driver is looking for more success this weekend. Credit: Craig McAllister/CMC-Images

This weekend sees further updates to the Compensation Weight system, meaning that Lloyd will have to carry the maximum sixty kilos of compensation weight onboard during all sessions at the Wiltshire track.

“We’re in good shape heading to Castle Combe, the team have done an amazing job with the car and we’re clear on what we need to do to stay ahead,” said Lloyd

“60kg is a huge amount of extra to be carrying though. It means that we’re 50kg heavier than our nearest competitor this weekend, so it’s not going to be a walk in the park. It may look easy on the TV, but we’re working hard for these wins.”