The 2018 Michelin Ginetta GT4 Supercup has become a tale of youth versus experience, as second year contender Charlie Ladell leads series stalwart Carl Boardley in what is shaping up to be a two-way fight for championship glory.

The level of dominance the duo have held over the Supercup field so far this season is made clear by the fact they sit over 140 points clear of the next best driver, with Ladell holding a 100% podium record and Boardley having finished outside the top two only once.

After notching three podium results last year as part of a strong first season in GT competition, former Clio Cup racer Ladell has made a huge step forward this year with 2016 champions Rob Boston Racing, with a sensational start seeing him win the first two races at Brands Hatch.

Another win at Donington Park was followed by a dominant double at Oulton Park, but despite that success he was never able to build much of a lead at the top of the points as the ultra-consistent Boardley stayed hot on his heels with Team HARD.

Boardley, who made his Supercup debut back in 2013 and will make his 100th start in the series next time out at Snetterton, is enjoying by far his best ever run of results in the series, with six second place finishes and four wins to his name, which included a glorious victory hat-trick at Croft.

While those two have been a permanent presence at the front of the field, the battle behind them has been hard-fought with five other drivers having stepped onto the podium, a list that includes a standout debutant in Harry King. 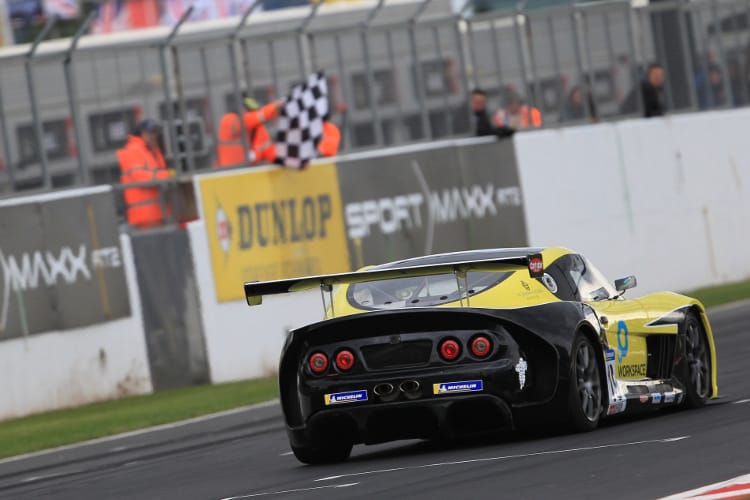 Making the step up from Ginetta Juniors alongside fellow Supercup newcomers Elite Motorsport, King quickly got to grips with his more powerful machinery as he stormed to a podium finish in his first race and a maiden victory in only his second meeting.

It’s not all been plain-sailing for the teenage racer though with mechanical issues costing him dearly at Oulton Park and an exclusion at Croft taking away a second win of the year, but his talent has been clear to see on his way to four rostrum finishes so far.

Those difficult races mean King lies back in sixth place in the standings, with the honour of ‘best of the rest’ in the points standings falling to Tom Roche, who is embarking on his first full campaign following a sparkling six-race cameo last year.

Two wins and two other podiums then led to high hopes for 2018, and while he’s been unable to reach those heights again yet, he secured a podium first time out at Brands Hatch and became one of only four race-winners so far this season at Donington Park.

An exciting addition to the grid this year was reigning 750MC M3 Cup champion Adam Shepherd, who kicked off proceedings with a nightmare triple DNF start at Brands, but saw a switch from Team HARD to Rob Boston Racing bring an upturn in fortunes.

Finishing every race he’s contested since in the top five, Shepherd secured a podium breakthrough at Donington and went on to make it three in a row at Oulton Park and he’s certainly a race win contender going into the second half of the year.

Angus Fender is another debutant showing huge potential after qualifying on the front row in three of the four qualifying sessions so far, including taking a maiden pole position at Croft, and he’s converted that pace into a pair of podium finishes so far.

Fender’s Century Motorsport team-mate Andrew Gordon-Colebrooke has also shown flashes of his clear promise, making a statement of intent with a top two qualifying performance at Oulton Park, however misfortune in the races has left him with only one top six result to his name.

The dramas for other front-runners has meant that the ultra-consistent Carl Shield has settled into fourth in the points standings. The privateer couldn’t have come closer to a podium breakthrough, having finished in the top five on four occasions, including a pair of fourth place results.

Reigning AM class champion Jac Constable has made an impression on his graduation to the Pro class, with some battling displays earning him half a dozen top six finishes so far, with a popular maiden podium at Croft ensuring he headed into the summer with plenty of momentum.

At the other end of the experience spectrum to the vast number of Supercup newcomers on the grid is the most capped driver in series history Reece Somerfield, who has been a consistent presence in the top six during his seventh consecutive season in the championship.

Another experienced driver starting the season was three-time race-winner Tom Hibbert, however he swiftly left the series after a tough start at Brands, while Angus Dudley made his debut at Donington but it was also a one-off after a damaging weekend.

While there’s been plenty of action at the front of the field, the AM class battle has been serving up its fair share of thrills and spills as well, with three drivers heading into the summer break separated by just five points at the top of the championship standings.

The leading trio are headed by the impressive debutant Michael Crees, who’s embarking on only his second season in car-racing, while second year Supercup contender Jack Minshaw is just edging out the hugely experienced Colin White.

Crees’ sheer pace was unquestionable from the off as he stormed to three wins on the road at Brands Hatch, however losing two of those due to incidents on track showed there was still work to do as he gained experience in the championship.

With White enduring a slow start, it was Minshaw who left Brands with those two wins and the early points lead, which he maintained through the opening three meetings with a great run of six rostrum finishes in the first eight races.

A second retirement of the season at Croft though, following contact with White, would open the door for Crees to grab the points advantage after a standout meeting in Yorkshire saw him notch his third and fourth victories of the season so far.

White meanwhile, who celebrated his milestone 150th Supercup race at Croft, had been closing on the top two with a pair of wins at Donington and another success at Oulton, and now almost nothing separates the top three heading into the second half of the year.

The only other race-winner in the class so far is David Brooks, who benefitted from drama for the title contenders at Oulton Park to take a first AM victory in his 57th race in the series, which he has backed up with another podium finish and a pair of fastest laps.

It’s Minshaw’s Xentek Motorsport team-mate Alexis Taylor who has been the most frequent visitor to the podium outside the top three. The second year contender has come away with five trophies so far, with a maiden victory the clear next target.

A new team to the grid this year was Butler Motorsport and they’ve made a strong start to their Supercup tenure, with both Lee Frost and Lucky Khera having featured on the podium, the former taking third on four separate occasions while Khera’s first silverware came at Donington.

With seven points separating the top two in the Pro class and only five points between the top three in the AM category, the title battles are shaping up to be intriguing contests as the Supercup heads into the second half of its eighth season of competition.

Visits to Snetterton, Rockingham, Silverstone and Brands Hatch GP remain, with twelve races separating two drivers from championship glory. It’s not all about the title contenders though with a host of other drivers looking to steal the headlines and take home their fair share of silverware.

The Supercup’s summer break comes to a close at Snetterton later this month (28/29 July), with the Norfolk venue hosting rounds twelve, thirteen and fourteen.

Full championship standings at the halfway mark can be found here:
http://www.tsl-timing.com/file/?f=TOCA/2018/182503ptsg50.pdf

You can read all our news and reports on the season so far here:
https://www.thecheckeredflag.co.uk/sportscars/ginetta/ginetta-gt-supercup/