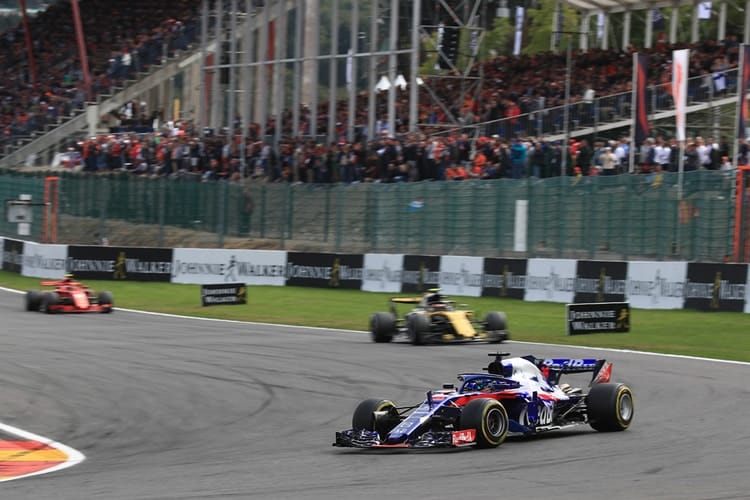 Toro Rosso knew the Belgian Grand Prix would be tough as the nature of the circuit does not suit their car but Tost was pleased with their performance over the weekend.

“Heading into this weekend we knew Spa would be a tough race for us as it’s a track that does not suit our car,” said Tost.  “Therefore, we are really happy to score some points with Pierre finishing ninth.

“We also had a decent day yesterday as our cars Qualified in 11th and 12th position.”

Both Toro Rosso’s survived the opening lap chaos at turn one and Gasly was able to come through for ninth but team-mate Brendon Hartley lost places at the start and never fully recovered.

“At the start of the race, we were quite lucky to avoid the heavy accident at the first corner, fortunately for us we came out without receiving any damage, and it was good to see the drivers involved in the crash walk away without injury.

“Pierre had a really good start, followed by an equally good race; he controlled his speed from the beginning onwards and managed the tyres well, deserving to finish P9.

“As for Brendon, he was a little bit unlucky at the beginning when he lost a couple of positions at the first corner after the crash.

“He started on the Soft while Pierre was on the Supersoft, so they started on alternate strategies. The Supersoft worked better than expected which meant we could extend the stint before going on the Softs, with which he finished the race without any trouble.”

Another two points in the constructors championship moves the team eleven points clear of Alfa Romeo Sauber F1 Team ahead of their home race next weekend.

“In the end, we scored two points which are very important for the Constructors’ Championship.

“Next stop: our home race in Italy!”