Carlos Sainz Jr.: “Sochi Is An Interesting Circuit And I Have Mixed Memories There.” 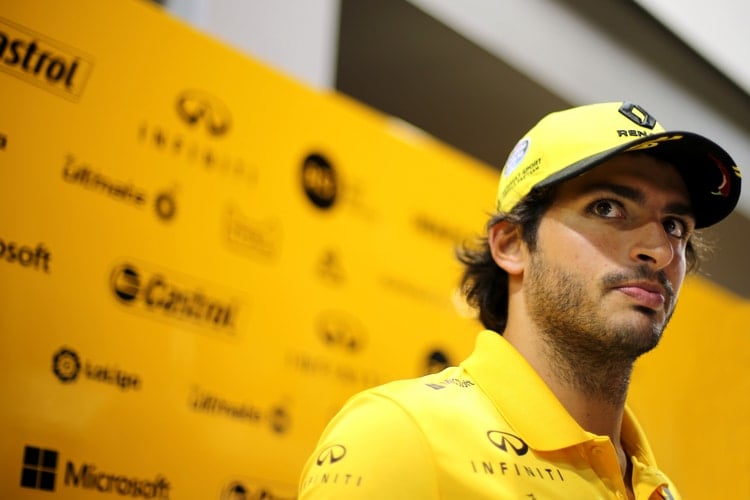 Carlos Sainz Jr. returns to the scene of his terrifying practice crash in 2015 when he arrives at the Sochi Autodrom for this weekend’s Russian Grand Prix.

The Spaniard admits he has mixed memories of the track due to the high speed crash a few years ago but he is looking forward and sees this weekend as a chance to score some points.

“Sochi is an interesting circuit and I have mixed memories there.

“The 2015 practice crash was a low point, but we dusted ourselves down well after that and fought our way back into the points after starting last before retiring.

“It’s a circuit where we have the potential to score some good points and I always prefer to look forward, so clearly this year the objective will be to make it into the top ten.”

The Sochi Autodrom is one of the longest laps on the Formula One calendar with the three sectors very different to each other.

“It’s quite a long lap with three different sectors. The first is mainly full throttle with a long straight followed by a never-ending left-hander.

“The second sector flows well and is taken fairly fast with another long flat-out section leading into sector three, which is quite slow.

“The most special thing about the track is probably the long turn three, which puts the neck to work.”

Sochi and Russia have been in the spotlight recently with the track going around venues from the 2014 Winter Olympics and the 2018 FIFA World Cup and Sainz is hoping for more luck in the city than his country did when they played Portugal in the Fisht Olympic Stadium in Sochi.

“The Olympics in 2014 and the World Cup earlier this year have brought Sochi onto the sporting map in recent years.

“Spain didn’t have too much luck in the World Cup, and they did play a group match in Sochi against Portugal.

“Hopefully I can bring better luck for Spain next weekend by picking up more points!

The Spaniard is giving up his Renault Sport Formula One Team car in Free Practice 1 to let Artem Markelov take part and he hopes the Russian enjoys himself but he wants to hit the ground running when he returns for second practice.

“I’m missing out on FP1 next weekend, as Artem takes over for his first go in a Formula 1 car in an official practice session.

“I will help him out where I can, but having watched a bit of Formula 2 this season, I can see he is very talented and deserves the opportunity.

“Most Formula 1 drivers have been in a similar position to Artem, so I’d tell him to enjoy the moment and then the results will follow.

“After his run, I’ll be straight back out for FP2 and aiming to hit the ground running and get as many laps under my belt as possible.

“We need to keep the momentum going.”

By Paul Hensby
1 Mins read
Otmar Szafnauer says Oscar Piastri’s contract dispute is likely to go to London’s High Court if the Australian does not honour the contract he has with Alpine in 2023.
Formula 1

By Paul Hensby
1 Mins read
Pierre Gasly does not have a clause in his contract to allow him to leave AlphaTauri to join Alpine in 2023, according to Helmut Marko.