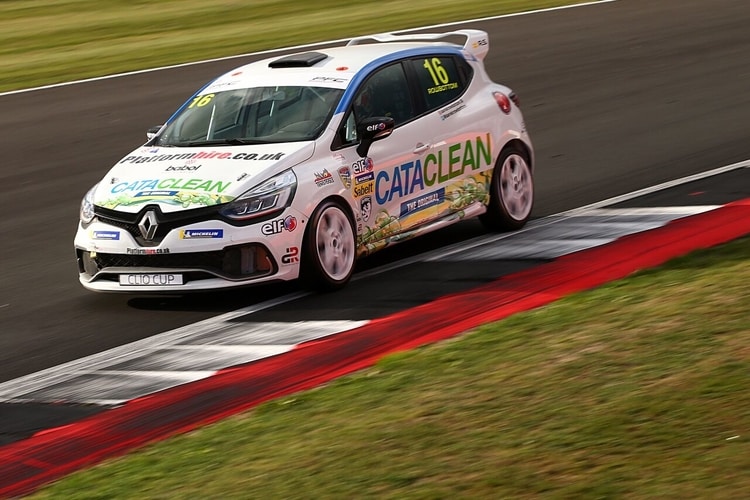 It’s finale day in the Renault UK Clio Cup at the Brands Hatch Grand Prix circuit this weekend and qualifying seems to have set up a couple of humdingers in regards to the order of the title contenders on the grid.

The grid for race one will be headed by Daniel Rowbottom, the DRM man doing his incredibly slim title hopes no harm at all with this pole position for race one.

Jack Young was in incredible form for qualifying as he takes second on the grid for the first race. Having only joined the grid halfway through the season, Jack has been impressing the paddock with his pace so today has been a fantastic end to his season.

Third went the way of Bradley Burns, obviously still on a high from his dominant display at Silverstone last time out.

The top three in the title are near the front of the grid, but probably not in the order most would have expected after first and second practice earlier in the day.

James Dorlin will line up fourth ahead of Paul Rivett, meanwhile Max Coates took seventh and has work to do in order to get past his main rivals. 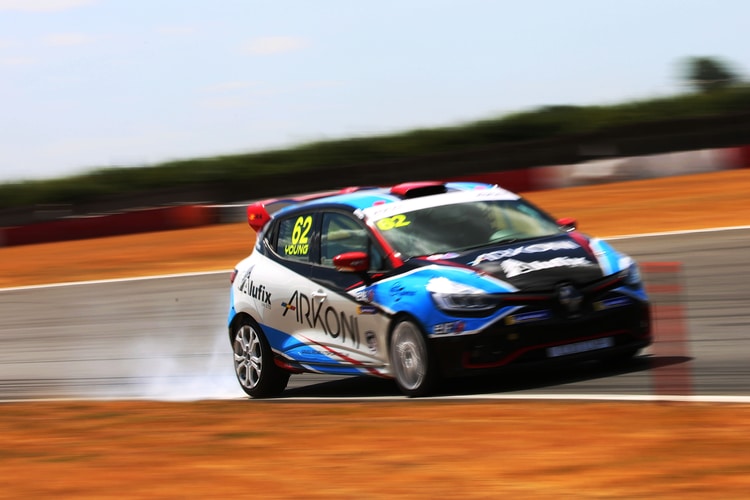 With second in race one, Jack Young went one better with his second best time to become the youngest pole sitter in Renault UK Clio Cup history. Beating Bradley Burns to this honour who only took the record earlier this season.

James Dorlin improved to second to give him a great chance to take overall honours come the end of the race on Sunday.

Third went to Burns again who might be the driver to watch in both races considering the excellent form he has been in.

After the top three, fourth to sixth is filled with Rowbottom, Rivett and Coates where if the championship is still undecided, this will be the explosive point of action for fans to enjoy.