Julian Godfrey won round eight of the 2018 Toyo Tires MSA British Rallycross Champinoship at Pembrey last weekend to set up a three way championship decider at Silverstone in November.

The Mitsubishi Mirage driver managed to grab the lead of the race on the run to the first corner and didn’t look back, finishing ahead of Ollie O’Donovan and Mark Higgins in the Albatec Racing Peugeot.

As Godfrey jumped into the lead at the start of the final, Higgins’, who had started from pole, was sent into a spin at the first corner, dropping the triple British Rally Champion down to fourth by the end of lap one with O’Donovan being promoted to second as a result.

The Spencer Sport driver said on his win: “It was a bit of a fight in qualifying but for the final I got an almost perfect launch. I got it just about right with the RPM, made an absolutely brilliant start and from there I just kept it neat and tidy with no mistakes.”

“It’s really close in the points, that makes it very exciting and I’m looking forward to going to the final round at Silverstone.”

Despite managing to leapfrog Tony Bardy after taking a later joker lap during the race, Higgins couldn’t catch the two leaders and had to settle for third. The result in Wales combined with the factor of each driver now dropping their two worse scores from the seven so far, means that O’Donovan leads the championship by four points ahead of Godfrey and Higgins just another single point adrift in third.

Behind Bardy in fourth, the Supercar category was rounded out in Wales by Steve Hill in his Mitsubishi Evo, Liam Manning and Nigel Burke, with the latter pair having a close battle throughout the final. Liam’s dad Mike‘s new Ford Fiesta suffered various problems throughout the day and couldn’t get any further than practice before he was forced to withdraw from the remainder of the action in Wales.

The MSA Junior Rallycross Championship has a new leader after the event last weekend as Luke Constantine now leads the series by just one point after making the most of his older brother’s bad luck.

Tom Constantine was seemingly set to take a commanding win in Wales, but his Suzuki Swift suffered gearbox issues on lap four and he would eventually drop to fourth on the road by the end of the race. He moved back into third after the race however as Norwegian Marius Solberg-Hansen was given a time penalty that put him down in eighth. 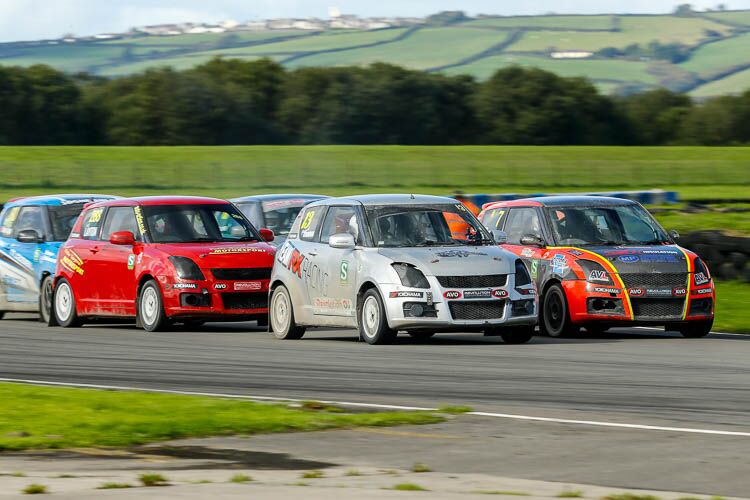 Luke commented on his victory: “Tom was miles out in front, I probably wouldn’t have got him if it wasn’t for his mechanical issues but that’s just how it is sometimes.”

“I got lucky, but he will come fighting back at Silverstone I’m sure. I had a good Q1, got spun in Q2 and missed the joker lap in Q3 so it’s been eventful today but I’m happy to get the win.”

Patrick O’Donovan was also able to make the most of Constantine’s demise as the son of BRX leader Ollie took second in Wales. With Tom eventually salvaging third, fourth after the results was amended was Will Layton. Eleanor Corner and Morgan Wroot rounded out the top six.

Tristan Ovenden looks set to make it a second consecutive MSA Supernational Champinoship win as he took his sixth win out of eight events at Pembrey.

Behind the Renault Clio V6 driver in second was Jack Thorne who also took the S1600 class win in the process. The Renault Twingo driver looked to be on the way to finishing behind Paige Bellerby, before she spun her Lotus Exige, colliding with Paul Coney in the process and forcing the Vauxhall Corsa driver to retire as a result.

She did recover into third by the end of the race as both Scott Singleton and Craig Lomax retired from the final.

Morgan Bailey is the new Swift Sport Champion as he finished second in Wales behind Simon Ovenden. He secured the title after his rival Tom Llewellin retired on the second corner of the final with an engine issue and now sits more than the 30 points left remining to be won at Silverstone next time out. Max Weatherley completed the podium ahead of Tom Middleton, Christian Hainsworth and Joe Booth who completed the top six.

The BMW Mini Championship saw David Bell take win number four of 2018 as he continues to lead the series going into the final round at Silverstone.

The joker section of the Welsh track caused problems for Martin Hawkes, who retired with damage as a result, and Bradley Durdin who lost time enabling the recovering Drew Bellerby to eventually take second by the end of the race. Durdin was pushed down to third, while Grant Rees, Dave Ward and Andrew Hawkes completed the top six. Roger Thomas took the win in Retro Rallycross ahead of Derrick Jobb and Ray Morgan.

The final round of the 2018 Toyo Tires MSA British Rallycross Championship takes place at Silverstone on November 4.

By Mark Cridland
1 Mins read
The 2021 5 Nations BRX season finale is planned to take place at the new World RX track at Spa Francorchamps in Belgium.