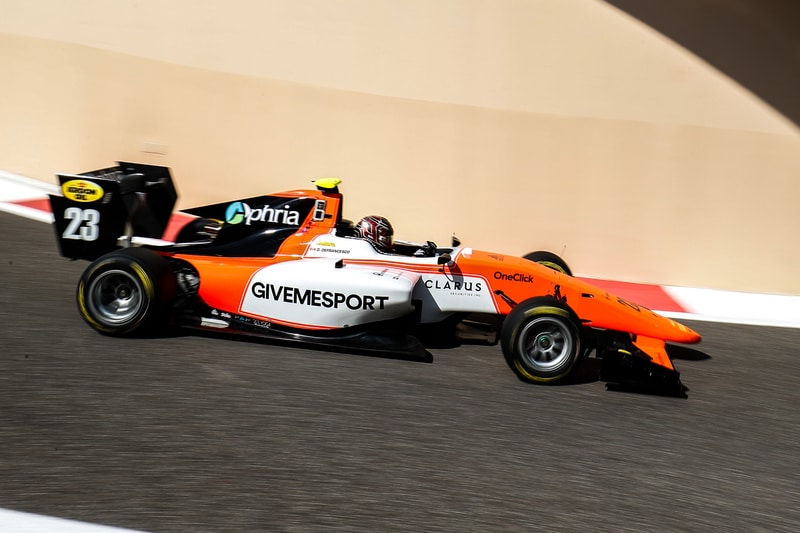 The 2018 GP3 Series came to its close on Sunday at the Yas Marina Circuit with Devlin DeFrancesco ending the year on a high.

Arriving in Abu Dhabi, the Canadian-Italian was posed with the challenge of a circuit he has not raced on before.

However, it did not faze him and ended the practice session – his first taste of the circuit – in ninth ahead of qualifying.

Unfortunately for the MP Motorsport driver he was not able to carry this pace over in to qualifying and ended a lowly nineteenth on the grid for Saturday’s Feature Race.

Through the race he focused on his own battles, battling with Diego Menchaca and Jehan Daruvala to make up two places at the finish.

Sunday’s race marked not only the final race of the year but the last ever of the GP3 in its current guise.

With fewer laps than the Feature Race, DeFrancesco had to make an impact instantly which he did.

Taking advantage of the chaos in front the Canadian-Italian was up to tenth when the Virtual Safety Car was deployed to allow for the removal of stranded cars.

For the rest of the race he engaged in wheel-to-wheel battles to end the race in eleventh, his best result this season and agonisingly so close to the points.

“It was a good way to end the year. Close to being in the top ten, had we cleared Pulcini a bit earlier, we would have rocked up to the back end of [Joey] Mawson and [Richard] Verschoor and possibly passed them. It’s been a tough season switching championships mid-way – now I’m full into winter training mode looking to bounce back and being back where I should be. I’m excited to see what 2019 brings”

The year is not quite done for DeFrancesco,  he remains in Abu Dhabi for the upcoming test with some of teams from the new FIA Formula 3 series.

He will be at the wheel of the Trident on day one.