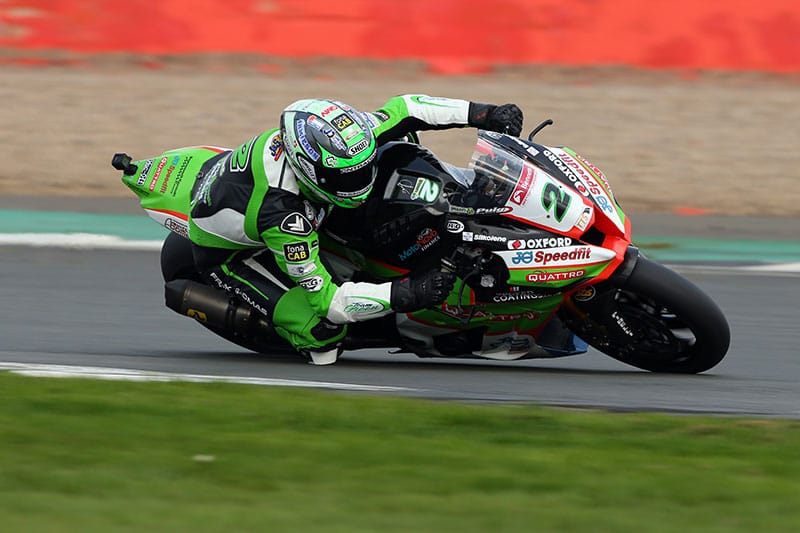 Glenn Irwin believes that he can fight for podiums this weekend at Silverstone as he makes his debut for the Quattro Plant JG Speedfit Kawasaki team.

Irwin makes the switch from Be Wiser Ducati, after ending the 2018 campaign third in championship. He takes over from last year’s champion, Leon Haslam on the Kawasaki bike.

The 29-year-old has fond memories of Silverstone, having won his first-ever BSB race at the circuit in 2017, before clinching his spot in the Showdown last year after finishing in the top four in all three races.

Ahead of the new campaign, Irwin admitted that it’s hard to say who the favourite is heading into the opening round. He, however, has his sights firmly set on the podium:

“Testing threw up so many different results; the top three riders were constantly changing so no-one really knows who is going to come out on top yet. Jason O’Halloran finished the final test at the top of the timesheets so he’s the one to watch currently.

“The competition looked strong in testing although I think some people were holding back so round 1 is going to be interesting! I am confident in the package that we have and that we can fight for the podium positions.

“The new Kawasaki Ninja ZX-10RR is a phenomenal machine and the new engine has even more power. Although we didn’t quite manage to find the right setting for me during testing, I know what the bike is capable of. It’s been a long winter and I can’t wait to get racing!”

Irwin is joined at the team by Ben Currie, who makes his debut in the premier British class after narrowly losing out to Jack Kennedy in the British Supersport Championship title fight last season.

Currie won seven races on the Kawasaki ZX-6R and is now looking to build on this and make progress in the top class. Ahead of his debut, he said:

“I had an incredible season last year, narrowly missing out on a championship win in the Supersport class, so I’m hoping to build on this going into the BSB. We had a good final test last week and the team are all working together well. In the first round I’d love to finish in the top ten in both races.

“Having said that I’m well aware that there will be 30-odd guys on the track who are all going to be tough to beat so I intend to work hard and take nothing for granted!

“Although it’s my first ever BSB outing, there are lots of new guys this season so it’s going to be an interesting year that’s for sure!”