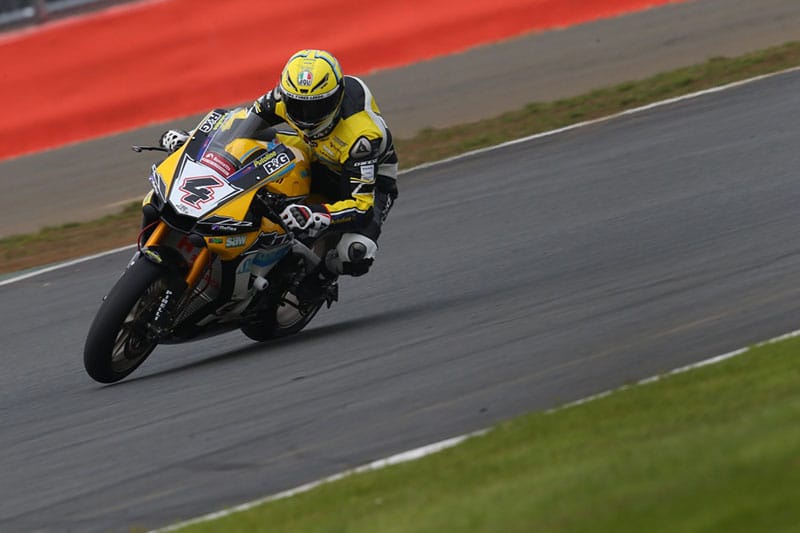 Dan Linfoot is heading into the 2019 Bennetts British Superbike season will a calm mindset as he looks to bring some solid points for the Santander Salts TAG Racing team.

The new season begins with a trip to the Silverstone National Circuit, which appeared on the calendar for the very first time in 2018. At the official test held at the circuit a few weeks ago, Linfoot finished second overall, just +0.044 behind former team mate Jason O’Halloran.

Despite showing signs of real pace, Linfoot admits that he isn’t looking to go into the season “all guns blazing,” and is instead looking to bring home a good amount of points. He explained:

“I am definitely excited for this weekend, It’s the start of the season, it’s what we all build up towards and what we all go testing for. I’m mindful that I need to take the weekend in the right way, I don’t want to turn up all guns blazing and end up in the gravel, I want to consolidate. That’s my key word at the moment, I want to consolidate and build strong points.

“I want to be a strong as possible and after the positive test we had last week I’m starting the weekend in a positive frame of mind, but the end goal for me is a couple of top five finishes. If we can push for a podium, then great, but I want to leave Silverstone in the top six of the Championship and then move onto the next rounds.”

The switch from Honda to Yamaha is a big one for Linfoot, especially having spent so long with the same team and machinery. Despite this, Linfoot doesn’t have any concerns for 2019:

“Moving away from a team that you’ve been with for four years, you expect that it will take more than one or two rounds to click with the bike and the team, but the guys are great to get on with. I’d like to think I’m normal to get on with too, so we seem to be on the same hymn sheet already.

“I don’t want to turn the bike upside down, I just want to get familiar with it and ride it as it is at the moment.So that’s the plan, continue to build relationships with the lads and most importantly enjoy it!”