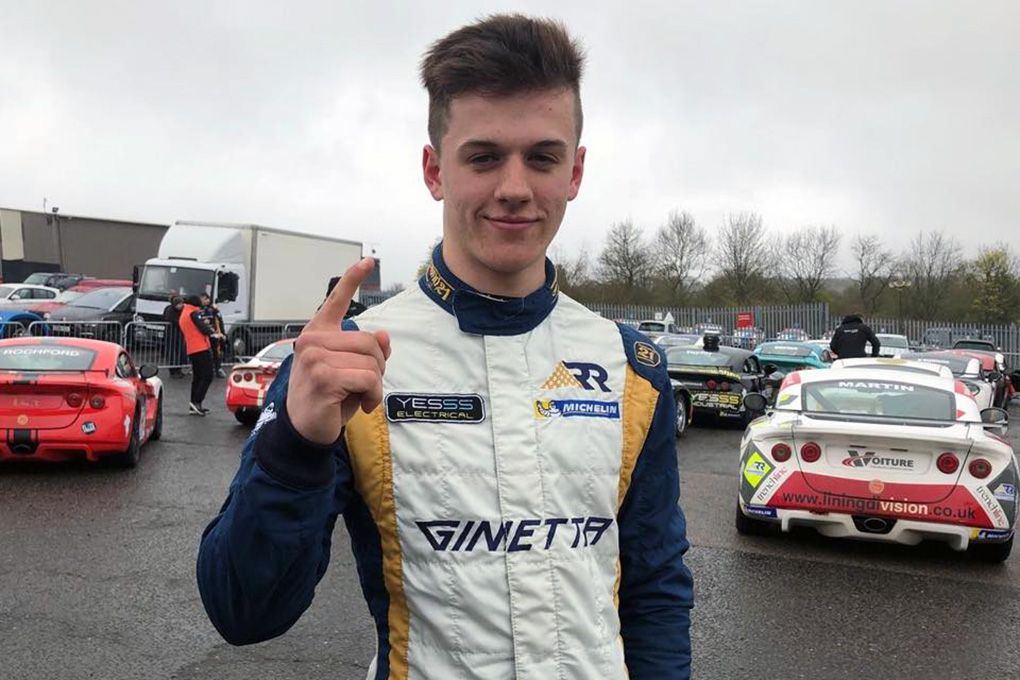 James Taylor will start the first race of the 2019 Ginetta Junior championship from pole position after weather played havoc with the session, resulting in two red flags.

Qualifying got off to an unfortunate start for rookie Haytham Qarajouli, who failed to set a lap time after becoming stranded after a spin.

Along with this incident, just three laps in to the session a red flag was deployed when In2Racing entrant Ben Kasperczak failed to negotiate Paddock Hill Bend due to understeer. It was a quick clear up as Kasperczak avoided the barrier.

The session time was shortendby one and a half minutes as the session was resumed; With no damage done to the car, the recovered Kasperczak continued qualifying.

No one could have predicted that a lap later there would be another driver off at the same place, resulting in another red flag. This time it was Daniel Gale who went off in a more spectacular fashion hitting the barrier. Gale received medical attention as a precaution, despite walking away from the incident unaided.

The rest of qualifying was incident free as drivers set sector personal bests. James Taylor was leading for the majority of qualifying and would go on to take a well deserved pole position.

Lorcan Hanafin started well, running as high as third but throughout the session dropped down to eighth place before putting in an impressive time to take second place,  0.874 seconds down on Taylor.

Rookie Zak O’Sullivan run at the top of the times early in the session, but dropped as low as fifth before moving up the ranks to finish in third place.

Currently a student, studying Media and Photography. Wanting to push my love for media and motorsport further which resulted in joining the TCF team, to focus mainly on Ginetta Juniors, but I love most things on wheels!
Articles