Brutal Fish Racing Team has confirmed that reigning TCR UK Champion Daniel Lloyd will make his debut in the 2019 TCR Europe Touring Car Series at the Hockenheimring at the end of May after securing a seat with the Slovak-based team.

The Yorkshireman will compete in the remaining six rounds of the season, whilst continuing with his TCR China Touring Car Championship program, where he also drives a Honda Civic TCR FK7 for Dongfeng Honda Racing Team.

The Huddersfield-based racer will partner Brutal Fish Racing Team Owner Martin Ryba, as the Slovak squad expands to a  two-car lineup for the rest of the year. Ryba has already competed in the opening rounds of the series in Hungary two weeks ago.

Lloyd is already a known talent in TCR competition, where he drove for Craft-Bamboo Racing in the 2017 TCR International Series, before moving to the TCR UK Touring Car Championship last year with WestCoast Racing. Lloyd secured the Drivers title in the penultimate round after a dominant season.

The reigning TCR UK Champion is excited to have the chance to compete in TCR Europe for the rest of this year alongside Ryba and the team. 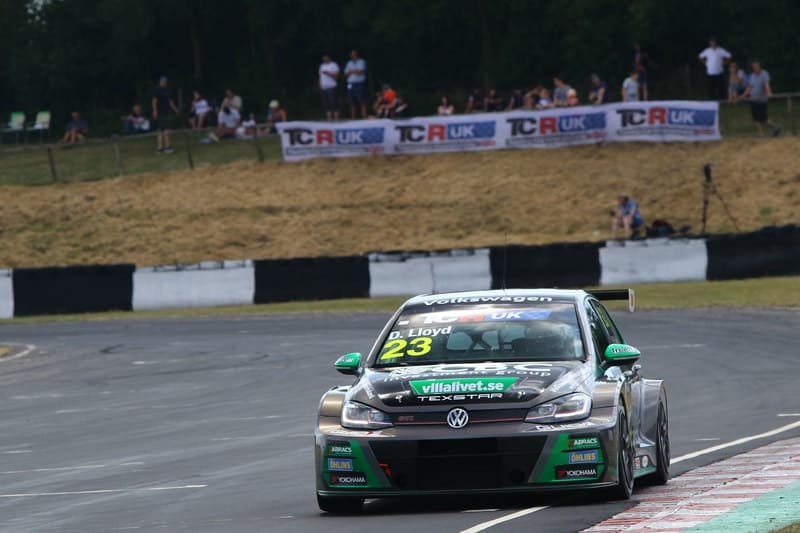 “I am really excited to join Brutal Fish Racing Team! I have been working with Martin and the crew for the past month and been aiming for a seat in the TCR Europe series for a long time. So it is great for the two of us to come together,” said Lloyd.

After my success in TCR UK last year, I was really looking forward to jumping into a series on the highest level and thanks to Brutal Fish I have this opportunity. The team has a great spirit, it is like family and definitely the best breakfast and coffee in the paddock!”

Lloyd will join fellow British drivers Josh Files, who is part of the five-strong Hyundai driver lineup at Target Competition and Alex Morgan, who is running the Wolf-Power Racing Renault Mégane RS, on the grid at Hockenheim during the weekend of May 25-26.

By Samuel Gill
1 Mins read
TCR Australia star Aaron Cameron is set to join up with Halfords Yuasa Racing for a test at Silverstone this week for his first taste of BTCC action.
TCR Europe