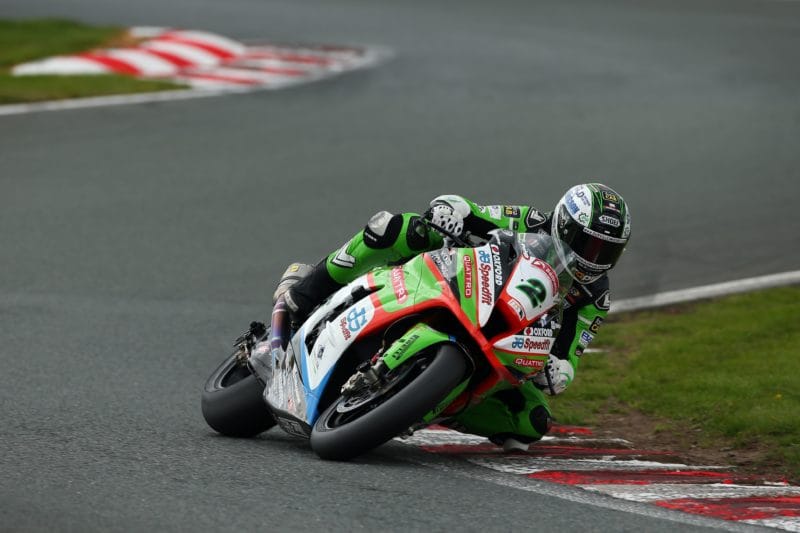 After barely having time to recover from a truly breathtaking first round of the season, the British Superbike Championship heads to Cheshire for round two at Oulton Park. The Be Wiser Ducati and Quattro Plant JG Speedfit Kawasaki teams will be looking to halt the progress of McCams Yamaha duo Tarran Mackenzie and (the unlucky) Jason O’Halloran.

The series heads to Oulton Park without a clear picture of where teams and riders are in terms of pace. The Quattro Plant JG Speedfit Kawaksaki team didn’t get off to an ideal start in race one at Silverstone with both riders failing to finish after a crash at turn three.

Glenn Irwin looks to round two with a positive mindset saying “The Kawasakis have been notoriously strong at Oulton Park in the past and so we’re hoping to be at the sharp end.

“The circuit suits my style of riding as you need to be strong on the brakes and we should have an advantage over the other teams as the ZX-10 has a great chassis which is an important aspect to this track.

“During testing last week, we were much higher up and there are still a lot of things we can try. I know I’m asking a lot of the team but in return, I’m working hard to adapt and learn. I want to be on the podium week in and week out, but I need to be realistic; I’ve got to keep improving and I’ve got to be consistent.

“Being a Bank Holiday, we’re expecting a good crowd and there’ll be a lot of fans traveling over from Ireland so I want to make it worth their while!” 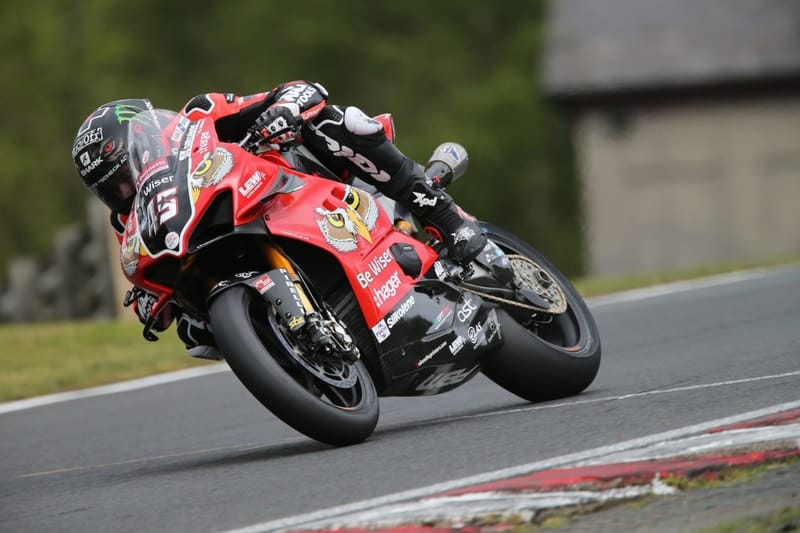 The Be Wiser Ducati had a mix of emotions at Silverstone, Scott Redding had an impressive qualifying dèbut and race one taking third on both occasions. However, race two came to an early end after Honda Racing’s Andy Irwin collided with the Be Wiser Ducati rider, leaving Redding limping away. After this first “crazy” taste of Oulton Park, Redding is now looking forward to this weekend. He stated that “I rode at Oulton Park for the first time last week and my first impressions were it was crazy as I’ve never ridden anywhere like that in my career! But the more laps I did, the more comfortable I felt and the more I enjoyed it, but it was a mind-blowing experience.”

He continued, saying”I was happy with my times; we did lots of laps and we have a good setting for this weekend so now I need to dig in and get some good points on the back of my Silverstone podium.”

Josh Brookes will be looking to make up for a disappointing opening weekend, where he suffered a spectacular engine blow up in qualifying. Then, a water pipe put an end to race one and another engine fault sidelined Brookes again in race two. However, despite mechanical issues, the 2015 British Superbike Champion is gelling well with his new V4R Ducati and is regularly at the sharp end of the timesheets.

Heading in to round 2 Josh Brookes said “It was good to top the test last week and it just further proves what we can do when everything is working well with me, the bike and the team. We came away with some more ideas on how to improve further and I’m confident we have what it takes to win races.”

“We had good pace at Silverstone and came away with nothing but that is history now so it’s important to bounce back and we need two solid races at Oulton Park this weekend.”

Round one sensation Josh Elliot will be looking to carry on the momentum gained at Silverstone. He won race one due to Tarran Mackenzie’s penalty before backing it up by taking his OMG Racing Suzuki second place in race two.

The McCams Yamaha pairing of Tarran Mackenzie and Jason O’Halloran will be looking to capitalise on their, previous electric form from Silverstone. This is despite O’Halloran’s race one crash after contact with Mackenzie on the last lap and a mechanical fault in race two. “The O’Show” was the man to beat throughout the majority of testing.

The stage is set for yet another spectacular race weekend and, don’t forget race day is this bank holiday Monday.  Saturday’s Free Practice sessions kick off at 10.05am and 3.15pm respectively before Free Practice 3 at midday. Qualifying will start at 4.15pm on Sunday. Lights out for race one on Monday will be 1.30pm before race two at 4.30pm.