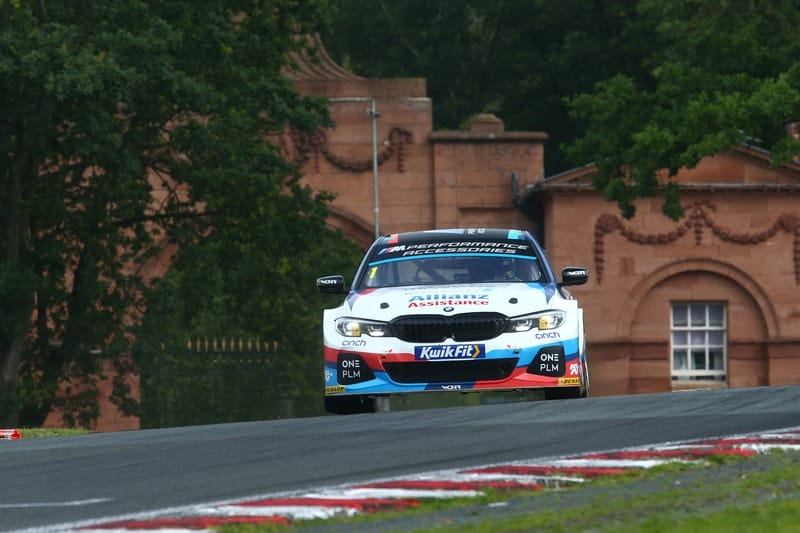 With his practice pace not showing signs of the sublime quickest lap he delivered early on in the qualifying session, this is Colin’s nineteenth pole position in the BTCC.

In what was also a first for 2019 in qualifying, the session was not held up or delayed by red flags so the full thirty minutes of session went by without too many major incidents.

Due to his practice incident with Andrew Jordan. Matt Simpson, who was on pole at Oulton Park last year, had to sit out of the session while his team repaired the damage ahead of Sunday.

Drivers ran wide at certain points. Sam Tordoff at Knickerbrook, Tom Ingram through Cascades and Chris Smiley at Deer Leap but they all managed to get back on circuit with no drama. Chris Smiley is to receive a five-place grid penalty however for involvement in an incident during the third race at Croft.

Despite a foray onto the grass, Sam Tordoff backed up his strong first practice pace with second, just ahead of practice two leader Dan Cammish in third.

Andrew Jordan ended the session in fourth ahead of Rory Butcher in fifth and Matt Neal in sixth. The Honda Civic’s working well for certain drivers in the warm conditions.

Seventh went the way of Tom Oliphant who finished ahead of Jason Plato and Tom Ingram. The top ten was rounded out by Jake Hill who could have gone a few positions better if he hadn’t been impeded on an earlier quicker lap through Knickerbrook.

Outside of the top ten, Ashley Sutton took fourteenth which becomes thirteenth after Smiley’s penalty. Stephen Jelley takes seventeenth despite encouraging practice sessions and Josh Cook, who lies second in the championship, languishes in twenty-second.

Daniel Rowbottom took twenty-third ahead of Senna Proctor. And finally just ahead of Matt Simpson who couldn’t set a time were the MG’s of Rob Smith and Sam Osborne in twenty-eighth and twenty-ninth.